‘There’s going to be longer lines, more frustration and people not understanding…’ 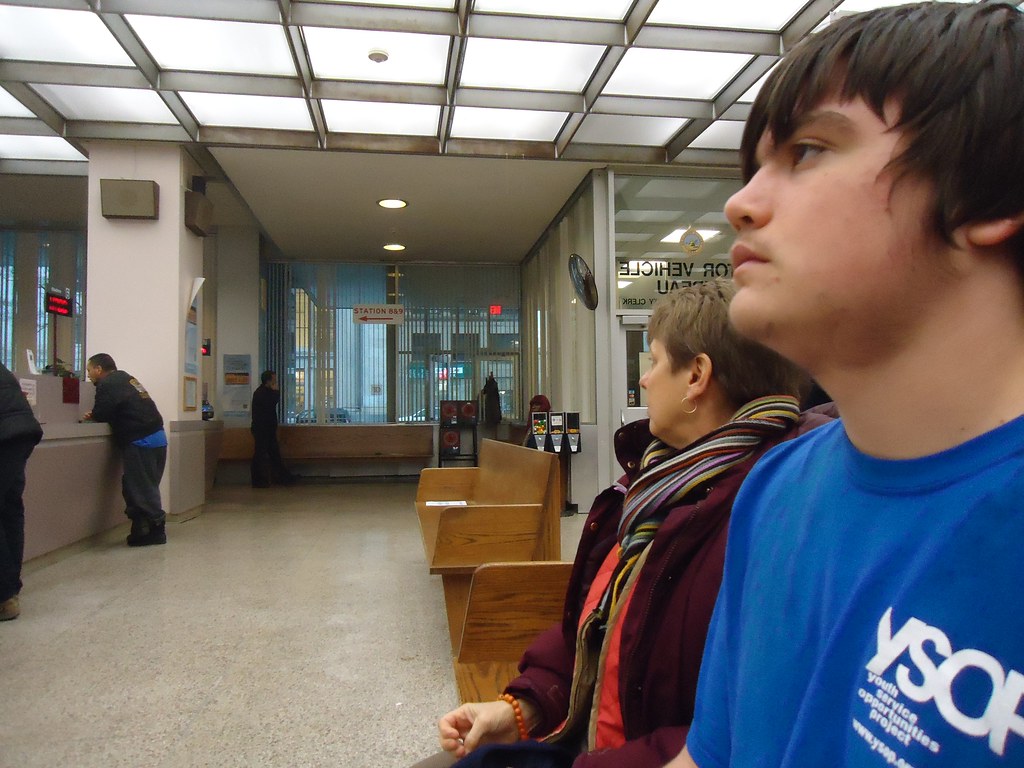 (Associated Press) A new law allowing New Yorkers to get driver’s licenses without having to prove they are in the country legally is set to take effect Monday, though immigrants might still face hurdles in some parts of the state.

Some county clerks ideologically opposed to the law have challenged it in court and offered unclear messages this week on whether they’ll be issuing licenses under the new program Monday.

Rensselaer County Clerk Frank Merola, one of several clerks who sued, said that as of Tuesday, his office lacked the training and equipment to properly comply with the law. Barring changes, the Republican clerk said applicants might be directed across the Hudson River to the state-run Department of Motor Vehicles offices in Albany.

In Buffalo, Erie County Clerk Michael Kearns, who also challenged the law in court, wouldn’t definitively say whether or not immigrants will be able to get their applications processed Monday. Other clerks said they were scrambling to comply by next week.

The Cuomo administration also has also sent a warning out to clerks this week.

“Local officials, including the county clerks who run DMV offices, cannot choose which laws they like and which they will disregard,” said Department of Motor Vehicles spokeswoman Lisa Koumjian in a statement. “If a clerk is unwilling to follow state law, he or she should resign their office.”

The law was enacted with the intention of helping immigrants like Sylvia Garcia, a Long Island resident whose lack of a license has meant dependence on buses with unreliable schedules, missed parent-teacher conferences and costly taxi rides.

“It’s going to completely change my life, and the lives of many people,” said Garcia, who lives in Brentwood.

Lawmakers in June made New York the 13th state to authorize licenses for drivers without legal immigration status. On Monday, license applicants without a valid Social Security number will be able to submit multiple alternative forms of ID that include valid passports and driver’s licenses issued in other countries. Applicants must still get a permit and pass a road test to qualify for a “standard driver’s license,” which cannot be used for federal purposes like an enhanced driver’s license or Real ID.

An estimated 265,000 immigrants without legal documents are expected to get driver’s licenses within three years, more than half of them in New York City, according to the Fiscal Policy Institute.

Garcia, who is originally from Argentina and has a daughter born in the United States, said having a driver’s license will allow her to apply for jobs that require employees to have their own transportation. She could take English language classes that are scheduled at the same time her husband works.

Past efforts in New York to provide the licenses have failed in the past amid claims the law would open the door to voter fraud, bank fraud and identity theft. Proponents dismiss those claims and say the law will bring in added revenue from car registrations, sales taxes and new insurance policies.

The Legislature passed the law this year after Democrats ended two-party rule in Albany by taking over the state Senate. Now some front-line critics are the upstate county clerks that act as agents for the state Department of Motor Vehicles.

The DMV said it has provided county clerks with training and devices that can authenticate documents. But some clerks say that the training came only recently and that they’re ill-prepared to authenticate international documents.

“I’m just really stressed,” Orange County Clerk Annie Rabbitt said this week. “Across the board and the state, there’s going to be longer lines, more frustration and people not understanding.”

On her website, the Republican clerk warned DMV customers to expect delays and to direct concerns about the law to Democratic Gov. Andrew Cuomo and state lawmakers.

Merola said the law will force him to choose between following federal immigration law or the new state law that conflicts with it.

“At a time when we’re making people jump through hoops that live in this country to get … a Real ID or an enhanced driver’s license, and then we’re going to willy-nilly give a license to an ID to someone that cannot prove that they’re here legally,” he said.

Merola is seeking to block the law in federal court. A similar lawsuit filed by Kearns in Buffalo was dismissed last month by a federal judge who said he lacked legal standing. Kearns, a Democrat who ran on the Republican line, has appealed.

Kearns said he would personally make final decisions over whether to approve or deny licenses under the new law.

“I have to be 100% certain that that document is a valid document,” he said.

Kearns said this week he was putting signs up for DMV customers reading, “If You See Something, Say Something,” with a number to call federal immigration authorities. But New York City’s Metropolitan Transportation Authority told Kearns and the clerk in neighboring Niagara County to stop using their trademarked slogan.

Kearns also raised the possibility that he and other clerks could withhold the state’s share of money from county-run DMVs.

But even if every clerk complies and every lawsuit fails, advocates say the public rhetoric could have a chilling effect among applicants already living in fear of deportation.

Garcia said she’s concerned that the pushback could further discourage immigrants who could also face long lines, misinformation on social media and possibly having to make their way to other DMV’s.

“They want to make the people fearful,” Garcia said.