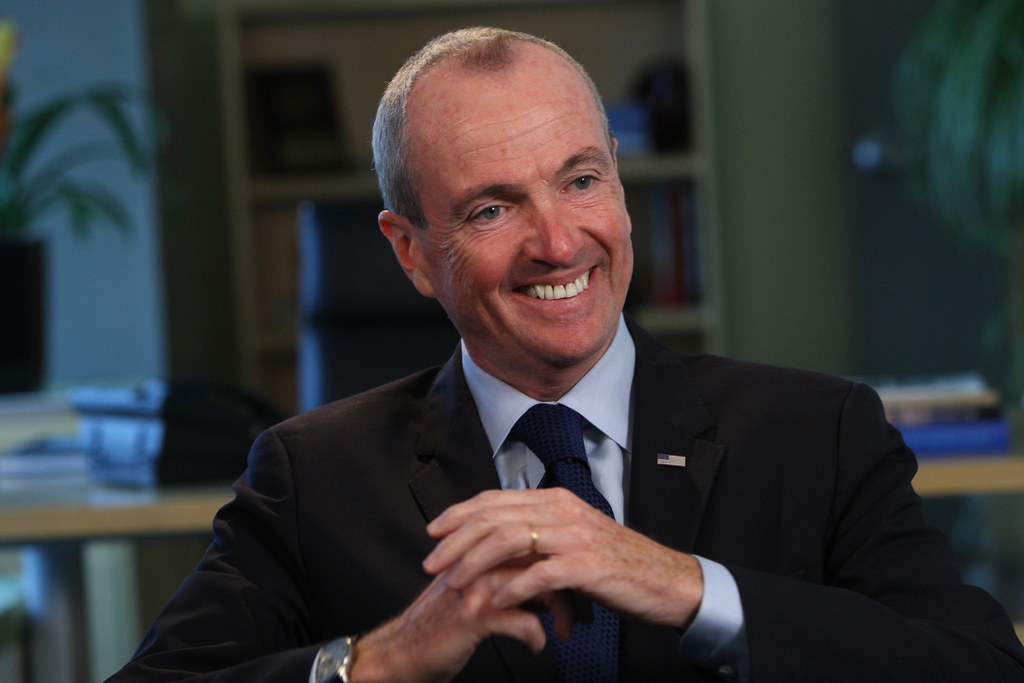 (Michael Barnes, Liberty Headlines) States hit hardest by the Wuhan virus pandemic appear to have two things in common: Democratic governors and a collective failure to prepare for the crisis despite ample warnings often coming from their own state health departments.

Each state ranks at the top of the list of confirmed coronavirus cases and deaths. They all have Democratic governors and Democratic mayors in their largest cities, and each governor has taken to blaming President Trump while being dependent on the president for critical resources they failed to properly stockpile.

On Wednesday, Trump singled out New Jersey and said the state got off to a “very late start” on containing the deadly super virus.

New Jersey Gov. Phil Murphy, a Democrat, took offense and fired back during a press briefing.

“I don’t think that there’s any state in America that was on this earlier than we were,” Murphy told reporters. “The facts don’t support that. Period, full stop.”

But if public relations briefings, conference calls with reporters and last-minute scrambling for critical medical equipment counts as leadership, then Murphy is indeed first in line.

Tragically, the state has 2,200 ventilators and about 350 new patients a day need them. That means New Jersey has only a six-day supply of the lifesaving breathing devices.

The Wuhan virus attacks the lungs making it extremely difficult, if not impossible, to breathe. Ventilators function as artificial lungs and pump oxygen into ICU patients. Without them, many more people will die.

But Murphy and his gubernatorial predecessors were warned. In fact, pandemic preparedness information and vital equipment estimates, like ventilators, are readily available on state government websites.

The New Jersey Department of Health and the state’s Office of Emergency Management are tasked with maintaining and deploying a “Strategic State Stockpile” of pandemic medical equipment and supplies — similar to the Strategic National Stockpile that has thousands of desperately needed ventilators.

The agencies also disseminate pandemic information to state leaders, hospitals, medical personnel, schools, businesses and the general public. And none of the information is hard to find.

An Office of Emergency Management webpage titled “Pandemic Influenza: Basic Preparedness,” says that the “New Jersey Department of Health has the best resources available for New Jersey residents,” and hosts links to other state websites, plus FEMA and the Centers for Disease Control and Prevention.

A hosted CDC link leads to multiple “Pandemic Preparedness Resources,” including a report that says, “Guidance and tools developed for pandemic influenza planning and preparedness can serve as appropriate resources for health departments in the event the current COVID-19 outbreak triggers a pandemic.”

Another linked CDC report reads: “Although pandemics occur infrequently, planning and preparing for a pandemic is important to ensure an effective response.”

But Murphy didn’t prepare, and like other Democratic governors, he’s woefully behind and playing a political blame-game.

The New Jersey Department of Health clearly says the state’s strategic stockpile should provide “pharmaceuticals, ventilators, intravenous fluids, and surgical masks” during a pandemic. And that based on previous pandemics, “attack rates” are “likely to be as high as 35 percent,” or one-third the state’s population.

Not all infected patients would need intensive care and a ventilator, but Department of Health estimates indicate New Jersey’s 2,200 ventilators and the State Strategic Stockpile are terribly insufficient — and that’s not the Trump administration’s fault.

“Community-level estimates suggest that demand for inpatient and intensive care unit beds and for assisted ventilation may increase by more than 25 percent during a pandemic,” states a 2015 health department report, titled “Pandemic Influenza Plan.”

Three years ago, the pandemic report also asked: “What is the expected increase in emergency department visits, hospital admissions, and intensive care unit services? How many patients will need ventilatory support?”

Former Gov. Chris Christie, a Republican, was New Jersey’s chief executive at the time. Both Christie and Murphy (elected 2018) failed to facilitate answers to several key questions raised in the pandemic report: “What is the expected increase in emergency department visits, hospital admissions, and intensive care unit services? How many patients will need ventilatory support?”

Now, Murphy is defaulting to New York’s “ventilator allocation guidelines” that call for rationing care to Wuhan virus patients. Put another way, “ethics” boards and officials will decide who is allowed access to the limited supply of ventilators; effectively deciding who lives and who dies.

Where did the ventilator money go?

At $20,000 to $36,000 apiece, state officials could have easily afforded to stockpile ventilators in accordance with multiple federal warnings and state Department of Health guidelines and warnings. But taxpayer money went elsewhere.

When virus infections were first skyrocketing in Feb., a state corruption report outlined millions of taxpayer dollars lost through government waste, fraud and abuse, including public employees being paid to donate blood, taxpayer-funded guns for retired police officers, and retirement bonuses that cost $8 million a year in Jersey City alone.

A sliver of government pensions and retirement commitments could have easily purchased enough ventilators to meet health department pandemic estimates. The total cost is nearly $142 billion for state and local employees, public college and university employees, and retired workers.

New Jersey’s 2020 budget is $39 billion. It’s also stuffed with crony-capitalist spending, like the state tax incentive program for multi-billion-dollar Hollywood studios. According to New Jersey’s nonpartisan Office of Legislative Services, the five-year program could lead to a $425 million taxpayer loss.

Prior to the Wuhan virus pandemic, state Sen. Senator Joe Pennacchio said the money “could and should be spent on critically-needed services.”

New Jersey’s labor-friendly Democratic party has also stepped up efforts to push more “green” spending initiatives. New Jersey is one of 12 states that has endorsed the Green New Deal, and both labor and social justice activists have been holding town hall meetings to further exert influence over public officials.

In December, eight New Jersey politicians were arrested over five days for schemes that allegedly included receiving $10,000 in a coffee cup, a mayoral candidate receiving a bag stuffed with thousands of dollars in cash at his campaign headquarters, a city councilman accepting an envelope full of bribe money, and a public official who diverted thousands of dollars in charity donations for his personal use.

“To say we have a long and sordid history of corruption in this state would be understating it,” said New Jersey’s attorney general after the arrests.

Political corruption, wasteful spending, catering to labor unions and misplaced priorities siphoned off untold sums of taxpayer resources that could have purchased thousands of ventilators and funded the New Jersey’s State Strategic Stockpile.

Trump to the Rescue

President Trump approved a disaster declaration for New Jersey on March 26 and opened the floodgates of federal support. But New Jersey is just one of many states competing for limited federal resources.

That hasn’t stopped the state’s Democratic congressional delegation from taking advantage of the dilemma and casting political aspersions on Trump. They’ve accused him of not delivering a robust wish list of emergency medical items, including ventilators, that state officials failed to maintain.

The Trump administration has allotted hundreds of ventilators to New Jersey, to which Murphy tweeted, “While I am thankful to the President for the latest shipment of ventilators – we need more and I will not stop until we get the support we need.”

Thursday evening, Murphy told CNN’s Wolf Blitzer, “All of us have to do one of the biggest post-mortems when the dust settles… we got to figure out how the heck we got in this spot and make sure we never get in this spot ever again.”