‘This was a difficult decision, but it was the responsible one…’

The First Amendment, inscribed on the exterior of the Newseum/PHOTO: Ben Sellers, Liberty Headlines

(AFP) A brutal two-week stretch for the national press, which included no less than three unmitigated disasters in sloppy and biased reporting, ended symbolically with a whimper Friday as Washington, D.C.’s Newseum disclosed its plans to sell to Johns Hopkins University.

The Freedom Forum, the creator and primary funder of the Newseum, agreed to sell for $372.5 million to the Baltimore-based Johns Hopkins, which hopes to increase its D.C. presence.

The Newseum, which had announced its exit in 2017, will shut the doors of its Pennsylvania Avenue building at the end of the year. Trustees remained uncertain about finding a new location in the U.S. capital.

“We stand ready to continue much of the Newseum’s important work for decades to come — through digital outreach, traveling exhibits, and web-based programs in schools around the world, as well as hopefully in a new physical home in the area,” said Peter Prichard, chair of the Newseum board of trustees. 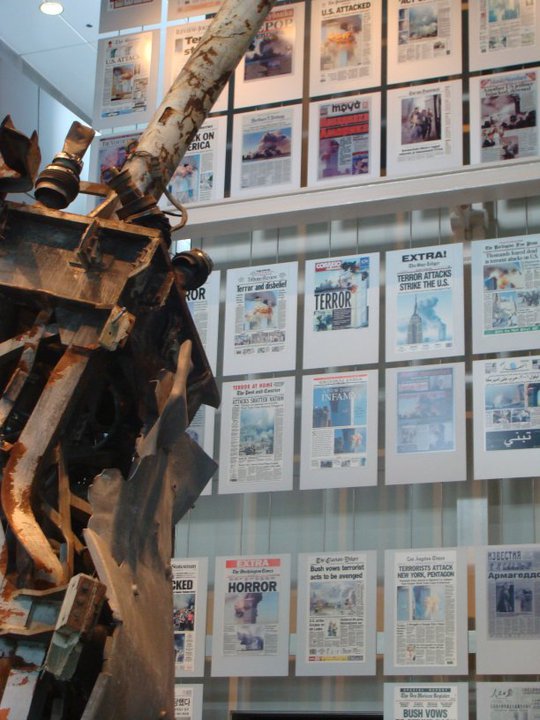 The landmark building has hosted numerous conference and educational events since opening in 2008. Among the museum’s noteworthy attractions are twisted metal beams from the fallen World Trade Center, a section of the Berlin Wall and the actual shack that Unabomber Ted Kaczynski lived in, as well as many other artifacts significant to the history of the free press.

It also includes a working media studio where ABC News’ “This Week” is filmed.

Johns Hopkins plans to use the facility, a short distance from the U.S. Capitol, White House and Smithsonian museums, for its graduate academic programs in international relations, business and other areas.

“With the acquisition and renovation of the Newseum, we will have an unparalleled opportunity to bring all of our current D.C.-based Johns Hopkins graduate programs together in a single, landmark, state-of-the-art building,” Johns Hopkins president Ronald Daniels said.

The Newseum was launched with funding from the Freedom Forum, a nonprofit group created by USA Today founder Al Neuharth, but the center has been in financial difficulties for years.

“This was a difficult decision, but it was the responsible one,” said Jan Neuharth, chair and chief executive of the Freedom Forum.

“We remain committed to continuing our programs—in a financially sustainable way—to champion the five freedoms of the First Amendment and to increase public awareness about the importance of a free and fair press.”

Much of the mainstream, legacy press has claimed its freedoms are under assault by the administration of President Donald Trump, who has repeatedly called them an enemy of the people, denounced the fake news at outlets like CNN, and even attempted to revoke the White House press pass of CNN correspondent Jim Acosta.

However, others believe Trump is simply responding in kind to the left-wing bias that the media has long been criticized for. Studies at many leading media think-tanks have objectively demonstrated the lopsided coverage.

But the growing influence of the internet and the pressures for news coverage that is both immediate and nonstop have also contributed to the toxic atmosphere, which saw many reporters rush to judgment on stories critical of Trump that were later debunked, as well as a brutal partisan attack on a group of Catholic teenagers last week. Video initially pushed by outlets that painted the students negatively was later revealed to have been heavily edited.