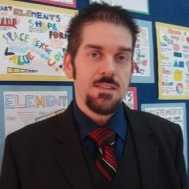 (Quin Hillyer, Liberty Headlines) Within a week of re-assigning (and possibly firing) one chaplain for expressing traditionalist Christian beliefs, the Navy is seriously considering the approval of an avowed “non-theistic humanist” for a spot in its Chaplain Corps.

Conservative U.S. House and Senate members are formally urging the Navy not to approve the atheist for the post, noting the Navy can provide all sorts of other programs for non-believers without altering the mission of the long-established Chaplain Corps.

The secular-humanist applicant is Dr. Jason Heap – described by ConservativeHQ.com as a “militant atheist” – the executive director of the United Coalition of Reason who had sued the Navy in 2014 when it rejected his earlier application to become a Navy chaplain.

That suit ended with a non-public settlement, but Heap is back at it again.

He and his supporters, including prominent atheist groups, say that non-theistic service members may need the confidentiality in seeking counseling that only a chaplaincy can provide.

And this time, the Navy Chaplain Appointment and Retention Eligibility Advisory group actually has recommended that Heap be approved.

Now the decision goes to the Navy Chief of Chaplains, Rear Admiral Margaret Kibben, who is retiring soon.

If she agrees, then the final decision rests with Chief of Naval Personnel – Vice Admiral Robert P. Burke. 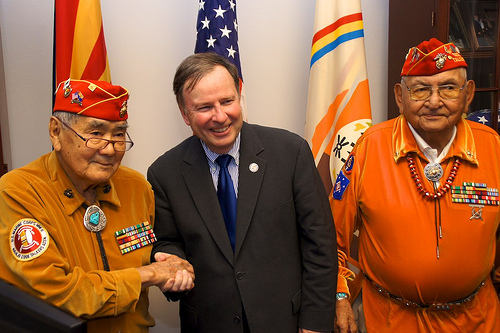 In the House, Colorado Republican Doug Lamborn spearheaded a group of 46 members (so far) in writing a March 9 letter objecting to Heap’s appointment, saying that the whole point of the chaplain service is to meet religious – as opposed to purely philosophical – needs of service personnel.

“The chaplaincy’s religious component is core to its identity and essential to its role in fulfilling the military’s constitutional obligations,” the letter read.

The letter explained that obligation thusly: “Because of the unique authority the military has over the lives of its service members, it bears a constitutional obligation under the Religion Clauses of the First Amendment to ensure that service members have access to having their religious needs met.”

Likewise in the Senate, Roger Wicker of Mississippi led a group of 23 forcefully saying approval of Heap’s application would be a “grave mistake [emphasis added]… inconsistent with the Constitution and the Department of Defense’s (DOD) own guidelines.”

They said rejection of the application is necessary “to preserve the integrity of the Chaplain Corps.”

As explained by Spc. Samuel Keenan in a recent article on the U.S. Army’s web site, “As clergy, military chaplains are subject matter experts in spiritual resiliency, one of the five pillars of the military resiliency program. Spiritual resiliency is the inner strength that can be used when all hope seems lost.”

In a sort of backdoor attempt to secure the appointment of Heap and other secularists, a group called the Humanist Society (with which Heap is identified) is currently applying to be an official Endorsing Agent for military chaplains.

Each chaplain needs to be sponsored by a qualified Endorsing Agent, meaning a recognized religious group.

That’s a separate process that is handled through the Undersecretary of Defense for Personnel and Readiness.

The congressional efforts to block Heap and other atheist applicants enjoy the support of leaders in both chambers: Senate Majority Leader Mitch McConnell and House Majority Whip Steve Scalise each signed the letter originating from each’s house.

This battle comes against the backdrop of an ongoing series of instances where critics say the armed services are discriminating against traditionalist faith.

The most recent example was updated just last week, when Lt. Commander Wes Modder, who has served as a chaplain to Navy SEALs, was reassigned (in what amounts to a demotion, as a possible step towards dismissal) from his post “after he was accused of failing ‘to show tolerance and respect’ in private counseling sessions in regards to issues pertaining to faith, marriage and sexuality, specifically homosexuality and pre-marital sex, according to documents obtained exclusively by Fox News.”

**MORE COVERAGE OF THE US MILITARY at LibertyHeadlines.com**

Modder is affiliated with the generally conservative Assemblies of God.

He is described as “a highly decorated, 19-year veteran of the military” whose “record is brimming with accolades and endorsements.”

But the Navy accused Modder of not respecting his counselees, writing that he failed his “duty to be sensitive to the religious, spiritual, moral, cultural, and personal differences of those you serve…. Your inability to comfort and counsel in a manner that was respectful of the counselee while maintaining dignity and professionalism.”

Yet other, discrete examples of military hostility to traditionalist faith are numerous, from the security guard told he could not even tell people to “have a blessed day,” to Walter Reed Medical Center reportedly telling family members not to bring Bibles when visiting wounded warriors, to the infamous example of a sergeant investigated for the apparently grievous transgression of serving meals of Chik-fil-A (a company known for conservative Christian values) at his promotion party.