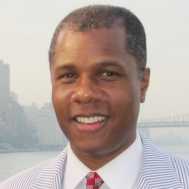 According to a survey released Wednesday by Hornet, a gay social network, 36.5 percent back Le Pen, while 63.5 percent favor former Socialist Party member and reputed centrist Emmanuel Macron, 39. Among Hornet’s younger subscribers, 43.5 percent of 18-to-29-year-olds want Le Pen, as do fully 49 percent of those age 25.

While Le Pen surely would appreciate even higher numbers, pundits are surprised that the so-called far-Right candidate does this well with typically Left-leaning voters. Why? Le Pen’s previously hostile party now welcomes gays, and militant-Islamic attacks inside and outside of France have ushered gays into Le Pen’s largely open arms.

Le Pen has “un-demonized” the National Front by distancing herself from the party’s founder (her anti-Semitic father), appealing to Jewish voters, avoiding mass protests against gay marriage (although her party’s platform promises to scrap it), and choosing gay men Florian Philippot as her chief deputy and Sébastien Chenu as her leading adviser.

These efforts have boosted the party among gay voters. In April 2012’s presidential election, 26 percent of gay Parisians picked Le Pen. She scored just 16 percent of the straight vote. A third of gays who married after same-sex nuptials were legalized in 2013 reportedly voted for her party in 2015’s regional contests.

Many of these “homonationalists,” as they have been dubbed, applaud Le Pen’s straight talk about Islamic fundamentalism’s existential challenge to French lives and lifestyles. In light of the November 2015 ISIS terror attacks that killed 130 in Paris, Tunisian immigrant Mohamed Lahouaiej-Bouhlel’s truck rampage that murdered 86 pedestrians in Nice last July 14, and other acts of Muslim-extremist bloodshed, Le Pen said,“Islamism is a monstrous totalitarian ideology that has declared war on our nation, on reason, on civilization.”Le Pen also wants to renew border checks and eject foreigners who are on France’s terror-watch list.

Marine Le Pen remains Sunday’s underdog. If she manages a Trump-like upset, it may be thanks to voters like Kelvin Hopper, 25, a gay artist and Le Pen supporter in Paris. Hopper told the AP: “Faced with the current threats, particularly from radical Islam, gays have realized they’ll be the first victims of these barbarians, and only Marine is proposing radical solutions.”