(Kaylee McGhee, Liberty Headlines) The Chaplain Alliance for Religious Liberty—an organization that provides chaplains for the army—is speaking out against a directive approved by the outgoing Secretary of Army that would give “training an implicit or unconscious bias.” 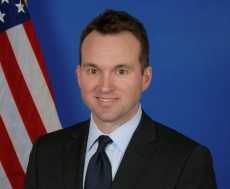 The Obama administration’s Army Sec. Eric Fanning signed a directive “hours before his resignation” meant to promote inclusion and diversity in the armed forces. It mandates the Army to spend time and resources developing training that would eliminate bias and discrimination.

“To foster diversity and inclusion at senior levels, the Army must provide professional development opportunities that maximize the talent of all members of the Army team,” the directive reads.

Fanning did not define what the “unconscious bias” was, but Chaplain Alliance for Religious Liberty said it is a direct assault on traditional, biblical beliefs concerning sexuality.

“We believe this is a direct assault on those Army personnel who hold traditional Biblical beliefs concerning sexual ethics,” Chaplain Alliance for Religious Liberty said in a letter.

According to Chaplain Ron Crews, executive director of Chaplain Alliance for Religious Liberty, the military’s job is not to promote diversity or inclusion. Its job, Crews said, is to promote military readiness.

“The military exists to protect our nation, not to be used as a laboratory for social engineering— and especially not from an outgoing official’s 11th hour order,” Crews said in a statement. “This directive does nothing to increase military readiness but wastes valuable training time just to promote a political agenda.”

Crews said this is directive is one in a series of events in which the military’s leaders have tried to advance a social agenda.

“Secretary Fanning was very proud of the fact that he was the first openly homosexual to serve as a Secretary of the Army and has been pushing a radical social agenda in the Army at the expense of training for war, which is what the Army is supposed to be about,” Crews said in an interview with CBN News.

Chaplain Alliance for Religious Liberty wants the Trump administration will seek to undo the damage the Obama administration has wrought, and will continue to try and reverse the directive, according to Crews.