‘It prevented this tax that was going to affect our economy…’ 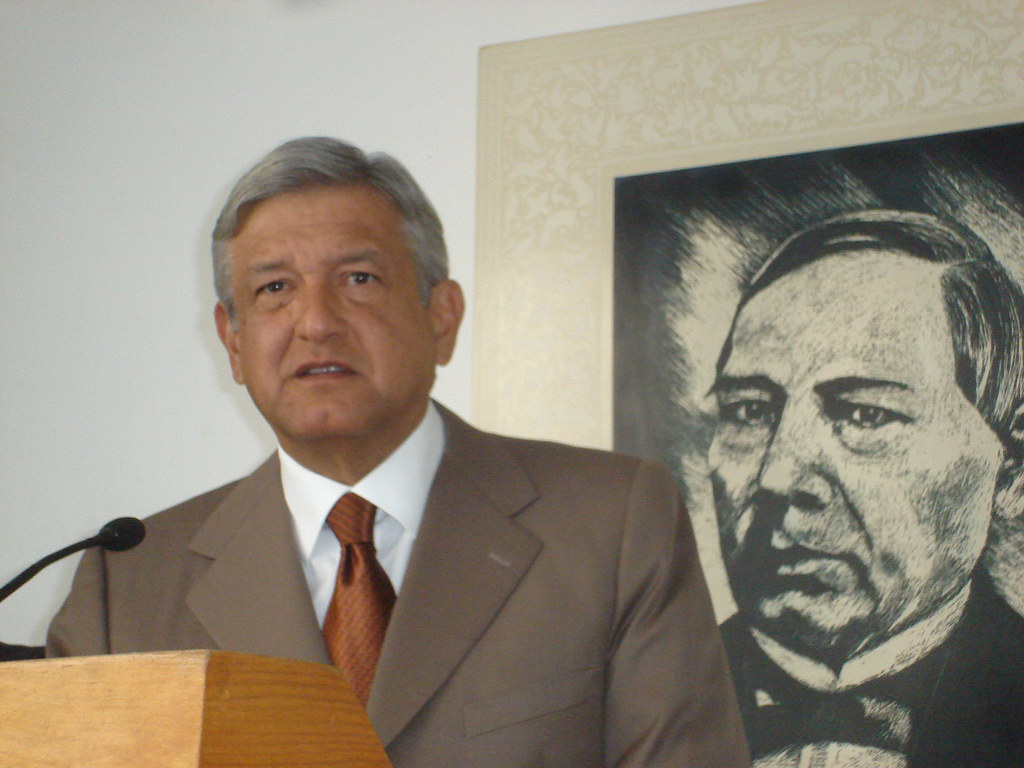 (Kate Linthicum and Patrick J. McDonnell, Los Angeles Times) Mexico may have dodged a trade war with the U.S., but the commitments it made Friday after being threatened with tariffs by President Donald Trump would not be without major costs and are quickly sparking domestic criticism.

Under the temporary agreement, Mexico said it would house, educate and give jobs to what appears to be an unlimited number of U.S. asylum-seekers — which, if followed through on, experts warn, could result in economic and social upheaval in the northern parts of the country.

In previous comments, Lopez Obrador has repeatedly stressed the human rights of migrants, but now his government appears to be accepting an accord that seeks to limit asylum-seekers’ ability to access U.S. territory.

Ironically, then-candidate Lopez Obrador traveled to Tijuana last year and assailed the Mexican government for doing the “dirty work” of the U.S. in detaining and deporting Central Americans. Now, however, Lopez Obrador is hailing a deal that targets migrants as a win for Mexico.

“It prevented this tax that was going to affect our economy,” Lopez Obrador told reporters Saturday in La Paz, Baja California, where he stopped before heading to Tijuana. “Good will on both sides prevailed.”

Others here called it an example of the Mexican government bending too much to U.S. pressure.

“There is nothing to celebrate,” Soledad Loaeza, a professor at Colegio de Mexico, wrote on Twitter. “Trump put us on our knees like no other president of the (U.S.) had ever done. These are sad days for Mexicans.”

In fact, though, the accord could be short-lived.

According to a State Department summary, Mexico and the United States may review the agreement in 90 days “in the event the measures do not have the expected results.”

That raises the possibility that Trump will again threaten tariffs.

“Facing a threat, the (Mexican) government eliminated the tariff threat but assumed an immense responsibility, maybe an impossible one,” wrote Mexican historian Enrique Krauze on Twitter. “Let’s get ready to reject the next threat, which without doubt will come.”

Officials here and in other border cities that have received more than 10,000 asylum-seekers returned to Mexico as part of a controversial Trump administration initiative — widely known as Remain in Mexico — have repeatedly asked federal authorities for more help. Under the program, migrants who seek asylum along the U.S. border are returned to Mexico as their cases are adjudicated, a process that can drag on for months or even years.

“People feel under strain, and I worry a lot about what is going to happen to social and political cohesion,” said Duncan Wood, director of the Mexico Institute at the Wilson Center, a Washington-based think tank.

Wood acknowledged that for Mexico, agreeing to accept more migrants was far better than suffering a 5% tax on all of its exports to the U.S., which Trump had threatened unless Mexico did more to deter Central American migrants from crossing its territory.

“Tariffs would have been catastrophic,” said Wood. “Mexico chose the lesser of two evils.”

Business leaders in Mexico celebrated the agreement as crucial for a nation plagued with slow growth and heavily dependent on exports to the north. But they also cautioned that Washington could renew the prospect of tariffs, a possibility that has already caused uncertainty among investors.

“We should celebrate that this threat, this grave threat has been, for the moment, postponed,” Gustavo de Hoyos, president of the Coparmex business group, told the Milenio news outlet. “We can only hope that it will be eliminated in a definitive fashion.”

Mexican officials spent the last several days negotiating ways to avoid the tariffs in meetings with U.S. Secretary of State Michael R. Pompeo and other officials in Washington before announcing an accord Friday night.

Under the terms, Mexico also said it would deploy members of its new National Guard to the country’s southern border with Guatemala, the principal entry point for U.S.-bound migrants, mostly nationals of Honduras and Guatemala.

While some in Mexico questioned the wisdom of a deployment, given that the Guard was created by Lopez Obrador to tackle historic levels of crime in the country, the act of sending federal troops to the border isn’t particularly significant.

Military police have been present along the southern border for many weeks to help maintain checkpoints and control the northbound movement of migrants. That is part of a broader Mexican crackdown in response to pressure from Washington that has included expanded arrests and deportations of migrants seeking to reach U.S. territory.

Experts say Mexico’s agreement to accept the return of Central American asylum-seekers could prove a much bigger deal than the deployment of National Guard forces in the south.

Several thousand Central American asylum-seekers have already been returned to Mexico since January to wait out their cases under the “Remain in Mexico” policy.

While unclear in its details, the agreement appears to raise the possibility that the return to Mexico process — currently in place in Tijuana, Mexicali and Ciudad Juarez — would be expanded to Reynosa and Matamoros. In those and other Mexican border towns, cartels have long preyed on Central American migrants, kidnapping them, extorting them and recruiting them by force into criminal activity.

Remain in Mexico has faced several legal challenges by civil liberties groups who call it illegal, but the 9th U.S. Circuit Court of Appeals has allowed the returns to continue while the case is pending.

The U.S., for its part, said Friday it would immediately be expanding the program “across its entire southern border.” It also committed “to accelerate the adjudication of asylum claims and to conclude removal proceedings as expeditiously as possible.”

(Linthicum reported from Mexico City and McDonnell from Tijuana. Times staffer Cecilia Sanchez of the Times’ Mexico City bureau contributed to this report.)