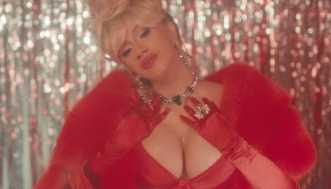 (Newsbusters) In the #MeToo era, many in the music industry have been producing and awarding sexually exploitive lyrics.

For the week of March 31st, 2018, 8 of the top 20 songs in Billboard’s “R&B/Hip-Hop” chart were blatantly sexist and misogynistic.

In these songs, women were portrayed as commodities or luxury goods — something to be owned or consumed and of no more importance than money, cars, liquor or drugs.

In eight of the 20 songs, singers used the word “bitch” a total of 55 times, with 15 blatant instances of women being treated as sex objects.

Cardi B, a woman and a wanna-be #MeToo activist, had a new Top-20 song about dominating “bitches” and giving them drugs.

Newly minted rapstar, Post Malone, and Ty Dolla $ign rapped that they “can take yo’ bitch,” and receive oral sex from “hoes.”

The song “Psycho” occupied the No. 3 spot on Billboard’s R&B/Hot-Hip Hop chart.

Written by Post Malone and featuring artist Ty Dolla $ign, it depicted the luxuries the young rappers have earned, with the worst lyrics concerning the women they’ve acquired.

They rapped about stealing “bitches,” and getting them to perform sex acts for them…Original Source…