In some cases heads of EPA, Interior under Obama spent more on foreign trips than those currently serving…

The Post’s story claims Pruitt’s trip cost nearly $90,000, “including $36,000 for use of a military jet to catch a flight in New York and a $7,000 premium-class ticket for Pruitt on the transatlantic flight.”

On the other hand, the Washington Examiner reported Pruitt’s Italy trip only cost $84,000, including the costs of his security detail.

It’s not really clear why the two estimates differ.

Virtually no attention has been paid to travel of past EPA administrators.

Pruitt’s security costs may be higher, which EPA attributes to increased threats against their chief.

For example, Jackson’s 2011 trip to China cost taxpayers $155,763, which includes the cost of her security detail.

Jackson left EPA in 2013 amid questions over her use of a secret email account to conduct federal business.

Records obtained by TheDCNF show she made at least four foreign trips during her tenure. 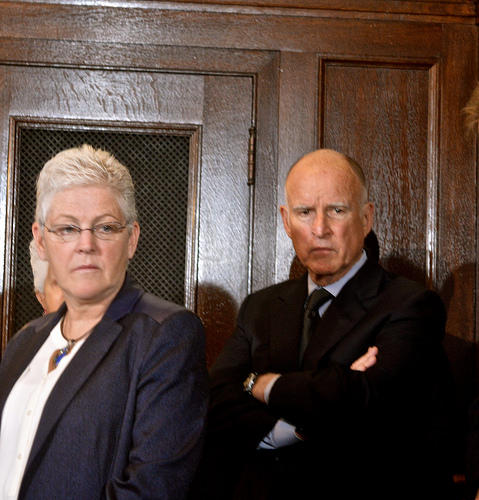 The most expensive for which TheDCNF obtained figures was a 2015 trip to Dubai.

McCarthy’s trip to Dubai cost taxpayers $90,367, including the cost of her security detail, according to the figures.

For months, reports have focused on Trump administration officials’ travel.

Former Health and Human Services Secretary Tom Price resigned after it came to light he spent $400,000 on non-commercial flights in just a couple of months in 2017.

Reporters and environmental activists have since gone after travel by Interior Secretary Ryan Zinke and Pruitt, seeking to tie them to Price’s scandal.

It turns out, Zinke had actually spent less than his immediate predecessors on non-commercial flights.

However, Pruitt came under scrutiny for his frequent flying on first class.

Pruitt has since said he would fly coach, and EPA officials noted Pruitt flew first class because of security concerns.

Documents given to the House Committee on Oversight and Government Reform by EPA officials show Pruitt spent $105,000 on first class, The Daily Beast reported.

EPA told Gowdy that Pruitt’s travel was approved “on an individualized basis,” and that his security team “identified specific, ongoing threats associated with the administration administrator’s air travel and, therefore, shifted his class based on security protocols that require him to be near the front of the plane.”

So far, Pruitt has only taken two foreign trips, the costs of which are in line with past administrators, an EPA spokesman said.

“The double-standard couldn’t be more clear: under Barack Obama’s EPA the media chose not to report on expenditures to protect the EPA Administrator for international travel or the costs of their trips, but under the Trump Administration the costs to protect our government officials is somehow scandalous,” EPA spokesman Jahan Wilcox told TheDCNF.

Listed below are all the foreign trips McCarthy and Jackson took while heading EPA.