‘Amid myriad claims of media platforms silencing conservative voices, I am deeply troubled by these reports…’ 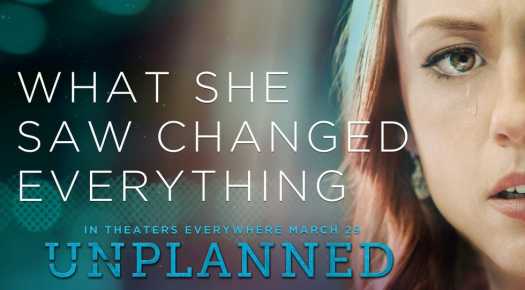 (Joshua Paladino, Liberty Headlines) Most major television networks refused to air ads for the pro-life film “Unplanned,” which has performed remarkably well despite the media blackout.

“It has been reported that [multiple networks] refused to air advertisements for Unplanned ‘due to the sensitive nature of the film,’” Wicker wrote. “It has also been reported that efforts to market the movie ‘have been consistently rebuffed by TV networks.’ Amid myriad claims of media platforms silencing conservative voices, I am deeply troubled by these reports.”

These four networks were able to strangle nearly all advertising slots on cable news, NewsBusters reported.

Discovery’s ability to block advertisements with which they disagree prevented millions of households from hearing about “Unplanned.”

“In today’s media marketplace, media platforms – of all types – offer critical forms of communication for Americans to connect, share information, and interact with content,” Wicker wrote. “Despite the constantly-evolving media landscape, traditional and new forms of media have a responsibility to remain a reliable and trusted source for viewers and users who want to be informed about local commercial activity.”

The producers of “Unplanned” also reported that they could not obtain music licenses for the film. Disney, Universal Music, Sony/ATV and Round Hill Music all refused to work with them.

Wicker asked the companies to outline their “policies, procedures, and guidelines for advertisements” to determine whether they arbitrarily blacklisted “Unplanned.”

A similar controversy occurred last year when the left-wing media refused to advertise for “Gosnell: The Trial of America’s Biggest Serial Killer.”