(Alice Salles, Anti Media)  If you’re one of the countless Americans who was distraught to learn of the revelations made by former National Security Agency (NSA) contractor Edward Snowden, the mere idea that there might be yet another agency out there — perhaps just as powerful and much more intrusive —  should give you goosebumps. 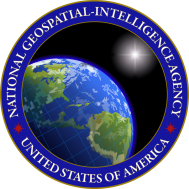 Foreign Policy reports that the National Geospatial-Intelligence Agency, or NGA, is an obscure spy agency former President Barack Obama had a hard time wrapping his mind around back in 2009. But as the president grew fond of drone warfare, finding a way to launch wars without having to go through Congress for the proper authorization, the NGA also became more relevant. Now, President Donald Trump is expected to further explore the multibillion-dollar surveillance network.

Like the Central Intelligence Agency (CIA) and the National Security Agency (NSA), the NGA is an intelligence agency, but it also serves as a combat support institution that functions under the U.S. Department of Defense (DOD).

With headquarters bigger than the CIA’s, the building cost $1.4 billion to be completed in 2011. In 2016, the NGA bought an extra 99 acres in St. Louis, building additional structures that cost taxpayers an extra $1.75 billion.

Enjoying the extra budget Obama threw at them, the NGA became one of the most obscure intelligence agencies precisely because it relies on the work of drones.

As a body of government that has only one task — to analyze images and videos captured by drones in the Middle East — the NGA is mighty powerful. So why haven’t we heard of it before?

The Shadow Agency That Sees It All

Prior to Trump’s inauguration, the NGA only targeted the Middle East or whatever spy satellites orbiting the globe captured. As far as most of us knew, the agency refrained from pointing its ultra-high-resolution cameras toward the United States. That alone may be why the NGA has been able to stay out of scandals for the most part.

But under Trump, things may look much worse — as if spying on countless people abroad weren’t enough.

Recently, for instance, he gave the CIA the power to wage covert drone warfare, shielding important information on such operations simply by allowing the agency to carry out missions without first seeking authorization from the Pentagon.

Now, Trump might as well move on to NGA, hoping to boost “national security” by turning the agency’s all seeing eyes toward American soil.

As the president hopes to get more money for defense, many have speculated whether he will start to use drones at home, especially since he has already suggested he supports agencies like the NSA based on his desire to target “terrorists.” There’s nothing that implies he wants to slow down the surveillance state.  The White House has expressed its desire to renew Obama-era spying powers — even as the president battles critics who deny his claims that his conversations were intercepted at the same time foreign nationals were under surveillance in 2016.

A partially redacted March 2016 report released by the Pentagon revealed that drones had already been used domestically on about 20 or fewer occasions between 2006 and 2015. Though some of these operations mostly involved natural disasters, National Guard training, and search and rescue missions, quotes from an Air Force law review article found their way into the report. In it, Dawn M. K. Zoldi wrote that technology designed to spy on targets abroad could soon be used against American citizens.

“As the nation winds down these wars,” the report explains, and ”assets become available to support other combatant command (COCOM) or U.S. agencies, the appetite to use them in the domestic environment to collect airborne imagery continues to grow.”

Up until 2015, oversight was so loose that the capabilities provided by the DOD’s unmanned aircraft system weren’t under scrutiny by any other agency. Without statutes that specify the rules such federal government agencies should follow, watchdogs find it hard to keep track. But would it be any better if there were an agency or a branch of the same government overseeing what the government itself is doing?

The short answer is no.

NGA Has A Precedent, And Trump May Want To Explore It

As fears grow that Trump will revamp the NGA, domestic stories of police departments using drones to spy on locals are also resurfacing.

Some of the most highly publicized instances involved Baltimore and Compton, where police departments deployed aerial surveillance technology without issuing a warrant or seeking authorization from local or state lawmakers.

With a precedent already set, the president might as well ignite a new fight in his continued efforts to fight a war against an imaginary, impossible-to-target enemy. After all, he’s not a stranger to scandals and likely wouldn’t feel overwhelmed one bit if he decided to turn the country’s ultra-high definition cameras toward its citizens.

What could help to put an end to his plans might be exactly what helped halt President George W. Bush’s attempts at setting up spy satellites domestically. In 2007, Bush’s Department of Homeland Security set up an agency known as the National Applications Office with the goal of establishing direct spy satellite stakeouts in America. Thankfully, Congress stepped in and cut off the agency’s funding.

But with Americans seldom showing any interest for important violations of privacy or even basic human rights here and abroad, it’s easy to see how this massive spying agency could end up getting a carte blanche to do whatever it wants once Trump realizes he has the power to order it done. After all, who will pressure Congress to stop him?