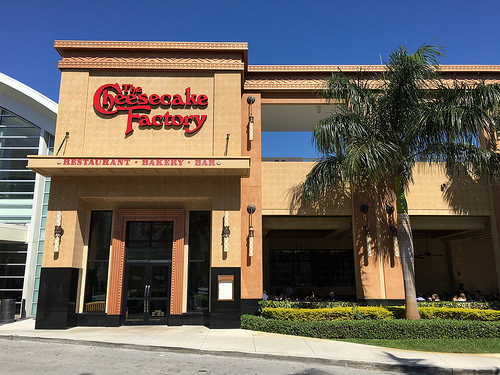 He also is black.

But his MAGA hat triggered some employees of the Cheesecake Factory in Miami, according to an article from the Daily Wire.

So angered were the workers by the article of clothing that they taunted and berated Joseph and his girlfriend’s family while they dined at the restaurant.

The harassment even escalated to threats of physical violence.

According to Joseph, one of the employees threatened to hit him and knock off his cap.

One member of Joseph’s company said she “felt uneasy due to several employees gathering around her table and cracking their knuckles,” according to coverage by the Atlanta Journal-Constitution.

The story was corroborated by witnesses, who also alleged that some of the employees described him with a racial slur.

Another witness told the Daily Wire that the group resembled a lynch mob and that they “couldn’t stand” to see a black man wearing a hat in support of the president.

Police were called to the scene, but no charges were filed.

The Cheesecake Factory has apologized for the incident – and the group of employees who tried to intimidate Joseph were suspended.

“No guest should ever feel unwelcome in one of our restaurants and we are taking this matter very seriously,” said the restaurant chain in a response to the story. “Upon learning of this incident, we immediately apologized to the guests in person. The individuals involved in the incident have been suspended pending the results of our investigation.”

But Joseph said the restaurant hasn’t reached out to him personally.

He said he wears the hat because Trump “is a really good president,” and he’s disappointed a black man is not allowed to show support for him.

The incident lit up social media.

And conservative commentator Ann Coulter tweeted that Joseph should get free cheesecake for life.

You should give Eugenior Joseph cheesecake for life, @Cheesecake. https://t.co/l1VTV3UrSL

As of press time, the restaurant has yet to follow through with Coulter’s suggestion.

For more on the story, check out the Daily Wire article here.