Felicity Huffman: ‘I am in full acceptance of my guilt, and with deep regret and shame over what I have done…’ 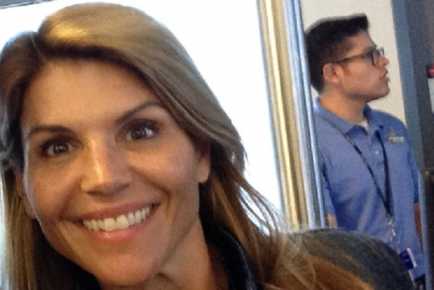 But since then, Loughlin’s legal troubles have worsened considerably. The actress and her husband were indicted Tuesday on new charges. They must now decide whether to fight, or join other parents — including actress Felicity Huffman — and agree to plead guilty.

Loughlin and her husband, fashion designer J. Mossimo Giannulli, are accused of paying $500,000 to have their two daughters admitted to USC in an athletic recruiting scam.

In the indictments unsealed Tuesday, the couple and 14 other parents face two charges: fraud conspiracy and money laundering conspiracy. If convicted, the indicted parents will likely face weightier sentences than those who have already agreed to plead guilty.

A question of timing

Louis Shapiro, a prominent L.A. attorney, said time might be of the essence for Loughlin as she decides what to do.

With more parents agreeing to plead guilty in the hopes of reduced punishment, this might create a window for the actress.

“I don’t think she has the luxury of time,” Shapiro said. “The prosecution is talking deal or no deal now.”

He said the guilty pleas so far are somewhat unusual.

“Generally, defendants in federal cases don’t plead within a month of being charged,” he said. “It is very rare to hurry things along like this and her lawyers may be asking why are we playing the way the prosecutors want.”

Loughlin is often compared to Huffman in the scandal, because both are well-known actresses. But their cases are different, and their apparent legal strategies have diverged.

Prosecutors said Huffman paid $15,000 for a 36-year-old Harvard graduate to correct her daughter’s answers on the SAT, giving the girl a 400-point boost over a previous score. Huffman later discussed pursuing a similar scheme for her younger daughter but decided not to follow through with it, according to court records.

In announcing she would plead guilty, Huffman expressed deep remorse.

“I am in full acceptance of my guilt, and with deep regret and shame over what I have done, I accept full responsibility for my actions and will accept the consequences that stem from those actions. I am ashamed of the pain I have caused my daughter, my family, my friends, my colleagues and the educational community,” she said in a statement.

Prosecutors allege that Loughlin and her husband spent much more money.

Loughlin and Giannulli allegedly shelled out a half-million dollars to get their daughters into USC. The couple saw being a coxswain as their daughters’ tickets into the private college, which boasts an admissions rate of 13 percent, even though they had never competed in the sport, according to an affidavit filed in federal court.

They began discussing the plot with William “Rick” Singer in April 2016 after they met with the college counselor of their older daughter, Isabella, according to the affidavit.

“I’d like to maybe sit with you after your session with the girls as I have some concerns and want to fully understand the game plan and make sure we have a roadmap for success as it relates to (our daughter) and getting her into a school other than ASU!” Giannulli wrote to Singer.

Singer told the couple that Isabella’s academic qualifications were “at or just below the low end of USC’s admission,” according to the affidavit. Authorities allege the couple agreed to bribe USC senior associate athletic director Donna Heinel, who also was charged in the scheme, to designate their daughter as an athletic recruit on the crew team.

After their older daughter’s admission was secured, they repeated the scam in 2017 with their younger daughter, Olivia Jade, authorities allege. Singer told the couple he would present their daughter as a crew coxswain for the L.A. Marina Club team and requested they send an “action picture.” The couple sent him a photo of Olivia Jade rowing on a machine, according to the affidavit.

A judge will ultimately decide whether Huffman will get any time behind bars. Legal experts have said they believe she will.

That means any deal Loughlin might cut would likely include jail time as well. She and Giannulli have also been indicted on charges of money laundering conspiracy, which Huffman never faced.

“The problem here is Felicity Huffman has taken a deal that includes jail time on its face. It doesn’t put Lori Loughlin … in a good place to negotiate,” Shapiro said.