“In the NFL, they got a bunch of old white men owning teams and they got that slave mentality,” James said. 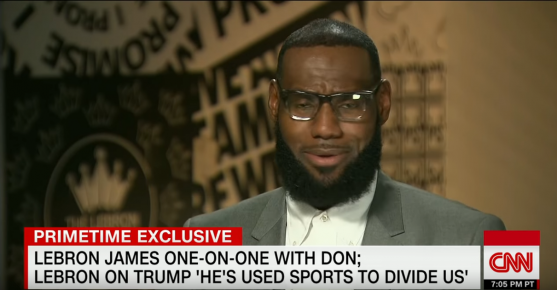 (AFP) NBA superstar LeBron James offered a scathing take on NFL team owners on the latest episode of his HBO show “The Shop” on Friday, saying the gridiron league is run by “old white men” with a “slave mentality”.

Gurley noted it was a “touchy subject,” but James, who hasn’t been shy to take on political and social issues, criticized NFL owners for wanting to “control” players.

He went on to praise NBA commissioner Adam Silver for his support of players who use their platform to speak out on social issues.

“In the NFL, they got a bunch of old white men owning teams and they got that slave mentality,” James said.

Silver, in contrast, “doesn’t mind us having… a real feeling and be able to express that,” James said. “It doesn’t even matter if Adam agrees with what we are saying, he at least wants to hear us out. And as long as we are doing it in a very educational, non-violent way, then he’s absolutely OK with it.”

The NFL hasn’t been able to shake the controversy that erupted after former San Francisco 49ers quarterback Colin Kaepernick began kneeling during the pre-game national anthem to protest social and racial injustice.

Kaepernick, who remains without a job in the league, alleged he has been blacklisted over his protests.

His former teammate Eric Reid also took legal action against the NFL claiming he was being frozen out over his support for the kneeling protests.

Although Reid is now back in the league playing for the Carolina Panthers, he has suggested he is still being targeted for his views, questioning the number of drug tests he’s been subjected to.

Reid said he’d been selected for testing seven times in 11 games this season.