‘Americans want to know if the Defense Department was working with the corrupt FBI, DOJ and other Obama agencies to spy on Donald Trump in an attempt to destroy his reputation…’ 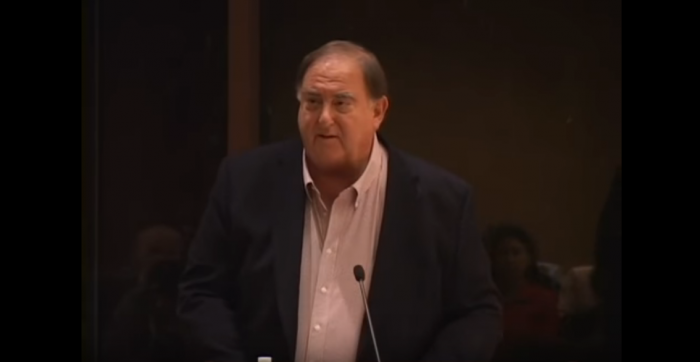 (Ben Sellers, Liberty Headlines) Government accountability watchdog Judicial Watch hopes to shed light on another mystery surrounding the sting operations to spy on the campaign of President Donald Trump in 2016.

At issue is whether a well-connected intelligence asset, Stefan Halper, was given a cushy contract with the Defense Department in order to entrap members of the Trump campaign who were being investigated for uncorroborated Russia ties alleged in the Steele Dossier. Those allegations were later used by the FBI to greenlight wiretapping surveillance from the secretive FISA court.

“Americans want to know if the Defense Department was working with the corrupt FBI, DOJ and other Obama agencies to spy on Donald Trump in an attempt to destroy his reputation,” said Judicial Watch President Tom Fitton.

Judicial Watch filed its latest suit following up on a Freedom of Information Act request into the September 2016 contract of Halper, a Cambridge University professor who, it says, received more than a million dollars in four years contract work from the Pentagon during the Obama administration, although few know exactly what for.

What is known about Halper is that he had a clear role in the anti-Trump intelligence efforts–likely spearheaded by former FBI counterintelligence chief Peter Strzok–that the FBI dubbed “Crossfire Hurricane,” an apparent nod to the 1986 Whoopi Goldberg spy comedy “Jumpin’ Jack Flash.”

Halper, who lacked a U.S. security clearance, was dispatched to cultivate contacts with Trump campaign advisers in order to corroborate FBI intelligence from former British spy Christopher Steele on their alleged communications with Russians claiming to have information about Hillary Clinton’s emails.

Although Halper was a college classmate of Bill Clinton’s at Oxford University, it is uncertain whether he had a partisan motivation, having also reportedly worked with past Republican administrations in his capacity as a longtime asset and British intelligence liaison.

However, the financial benefits he received from his off-the-books work with the Pentagon and CIA certainly caught the attention of those within the Defense Department.

Judicial Watch previously filed suit on behalf of a whistleblower, Adam S. Lovinger, who says his security clearance was revoked in retaliation for pointing out the exorbitant amount Halper was receiving from the Office of Net Assessment, a small DoD think-tank, for what appeared to be very little work.

The latest Judicial Watch suit seeks all information related to Halper’s Defense contract on or around September 26,2016. During this time, he reached out to a Trump campaign foreign policy adviser, George Papadopoulos, who allegedly had told an Australian diplomat about having Russian intelligence on the Clinton emails. Those emails subsequently were made public through Wikileaks.

Halper used his Cambridge position as cover, offering Papadopoulos $3,000 and a trip to London for the latter to research a disputed gas field in the eastern Mediterranean Sea. However, while being wined and dined by Halper and his assistant, Papadopoulos denied having any knowledge of Russian election meddling. He submitted his 1,500 word paper and never heard again from Halper.

Judicial Watch said Halper’s apparent efforts netted him around $400,000 between July 2016 and September 2017.

“Our new lawsuit against the Defense Department will help determine to what extent the it was helping to finance any Spygate targeting of President Trump,” Fitton said.