KATIE HILL: ‘I am disgusted that my opponents would seek to exploit such a private matter…’ 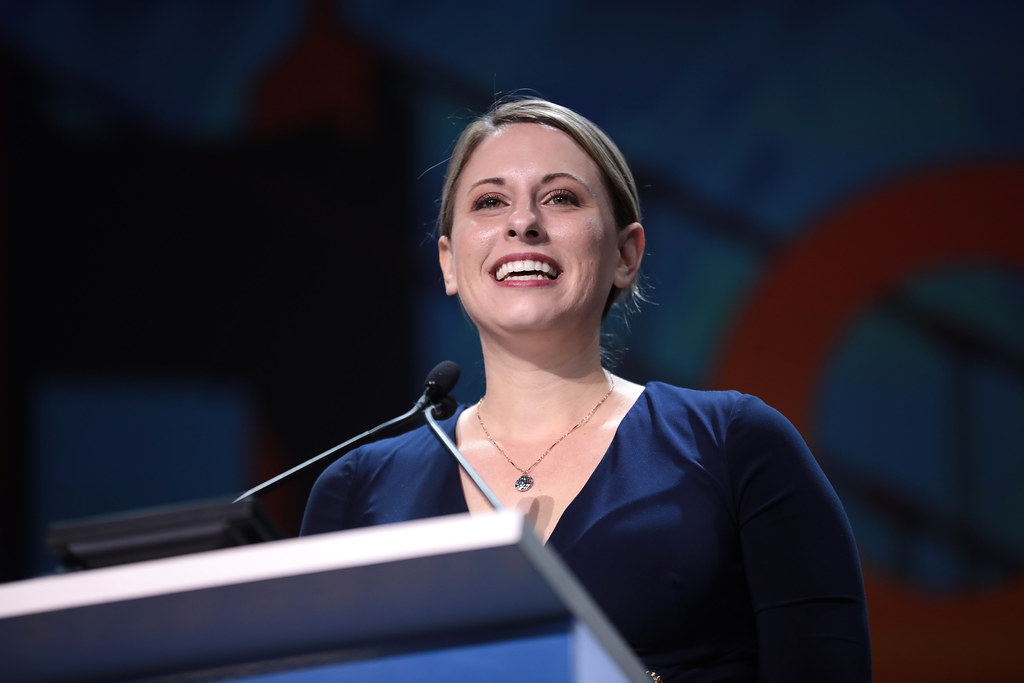 (Claire Russel, Liberty Headlines) Freshman Democratic Rep. Katie Hill, who identifies as a bisexual, is under fire for an alleged extramarital affair she had with congressional staffers.

The California congresswoman allegedly had a relationship with her legislative director, Graham Kelly, which was discovered by her husband Kenny Heslep.

She was also involved in a long-term relationship with a female campaign staffer, who has not been identified.

According to a report by RedState, Heslep was aware of Hill’s affair with the female staffer.

In fact, the three of them took vacations together and agreed that this “throuple” would be a long-term, committed relationship.

After Hill was elected to Congress, she broke off her relationships with both the staffer and Heslep, telling them she wanted to focus on “this important work.”

It was then that Hill began her affair with Kelly, according to text messages obtained by RedState.

Hill has denied the allegations and claimed that Heslep made them up because the two are in the midst of a contentious divorce.

“The fact is I am going through a divorce from an abusive husband who seems determined to try to humiliate me,” Hill said in a statement to Politico.

Hill even reached out to Democratic leadership in the House to deny the allegations against her. Under House rules, members “may not engage in a sexual relationship with any employee of the House who works under the supervision of the Member, Delegate, or Resident Commissioner, or who is an employee of a committee on which the Member, Delegate, or Resident Commissioner serves.”

“I am disgusted that my opponents would seek to exploit such a private matter for political gain. This coordinated effort to try to destroy me and people close to me is despicable and will not succeed,” she said. “I, like many women who have faced attacks like this before, am stronger than those who want me to be afraid.”

Hill said the Capitol Hill police are investigating how Red State obtained a nude photograph of Hill and the female staffer, which they published in the expose.

“Intimate photos of me and another individual were published by Republican operatives on the internet without my consent,” Hill said in her statement. “I have notified Capitol Hill police who are investigating the situation and potential legal violations of those who posted and distributed the photos, and therefore will have no further comment on the digital materials.”

Pelosi was reportedly considering Hill as a replacement for Elijah Cummings, who recently passed away and was the chairman of the House Oversight Committee. Hill said she intends to continue serving in Congress.

“This smear campaign will not get in the way of the work I am doing every day to move our district and our country forward. I am truly grateful for the outpouring of support I have received from colleagues and constituents alike, and I know we will get through this together,” she said.