Unemployment for blacks fell to 5.5%, also a record… 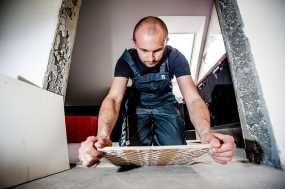 (Associated Press) The September unemployment rate for Hispanic and Latino Americans fell for a second straight month to 3.9%, the lowest level since record-keeping began in 1972.

The improvement in the category, which includes all races, stemmed from more people seeking and finding jobs.

And the unemployment rate for blacks fell to 5.5%, also a record low.

The unemployment rate for workers without a high school diploma fell to 4.8% from 5.4% in August.

It marked the lowest level on records since 1992.

The Labor Department said Friday that all told, employers added a modest 136,000 jobs in September.

The data for demographic groups came from a survey of households that is part of the Labor Department’s monthly jobs report.