(Michael Barnes, Liberty Headlines) Rep. Jim Jordan is correcting the record in regard to a partisan release of closed-door testimony meant to damage the White House over security clearances.

Jordan, a Freedom Caucus co-founder, is the ranking member on the House Oversight and Reform Committee.

Amid media fanfare, the committee’s chairman, Maryland Democrat Elijah Cummings, announced on Monday that he is going to subpoena a former official in the White House Personnel Security Office who was involved in approving security clearances for President Trump’s inner circle — including Trump’s son-in-law Jared Kushner and National Security Advisor John Bolton.

Those clearances are based on extremely sensitive personal information, which Jordan says Cummings is hoping to exploit for political gain. The basis for Cummings’s alleged national security concerns also stem from highly questionable circumstances.

According to Jordan, Cummings “cherry-picked” excerpts of a nine-hour interview with a career employee in the Personal Security Office. The interview took place at 8:30am on a Saturday, without a single Republican committee member present.

Nevertheless, Judiciary Committee members are also planning to request a new round of documents from five former Trump associates.

The torrent of subpoenas and investigations are in line with promises to harass and impeach the Trump administration that Democrats made during the November midterm elections. But Jordan says Cummings is going too far.

“Chairman Cummings’s investigation is not about restoring integrity to the security clearance process, it is an excuse to go fishing through the personal files of dedicated public servants,” Jordan said in a statement released Monday.

“The process by which this matter has so far progressed has been anything but fair,” he added. 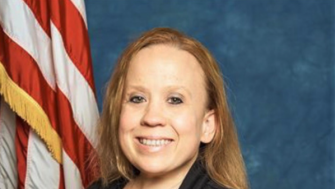 The controversy involves a long-serving White House bureaucrat named Tricia Newbold. She recently contacted congressional leaders and alleged that top-secret clearances were handled improperly, including some for top aides to the president.

Newbold, who’s been described by Cummings as a whistleblower, said she and others in her office denied more than two dozen applications for clearances but their recommendations were overturned by supervisors.

Cummings asserted that “grave” breaches of national security may have occurred, and that he intends to subpoena Newbold’s former supervisor, Carl Kline, to learn more. Kline currently works at the Department of Defense, and he supervised Newbold for two years.

In keeping with the now-debunked specter of Russian collusion, Cummings said that a legal deposition is a critical starting point in a new national security probe because “the nation’s most highly guarded secrets were provided to officials who should not have had access to them.”

Jordan, however, fired back at the Oversight Committee chairman’s apparent hyperbole, saying that Cummings is fundamentally “mischaracterize(ing)” Newbold’s testimony.

“The twenty-five examples of overruled recommendations by Ms. Newbold heralded by the Democrats include non-political officials such as a GSA custodian,” Jordan wrote.

The GSA, or Government Services Administration, is responsible for managing the federal government’s office space.

In his 9-page response memo, Jordan knocked down seven other significant claims that Cummings is using to root his investigation — which Jordan called a “reckless decision.”

Jordan started by accusing Cummings of going out of his way to solicit damaging material from Newbold despite her “stated reservations about discussing highly personal information about White House officials.”

Jordan then explained that Newbold, as a subordinate employee, didn’t have firsthand knowledge of the individuals in Trump’s close orbit, but rather based her complaints on differences with Kline — her boss.

Those complaints included office staffing levels, how files were stored, and even the position of Kline’s computer monitor on his desk.

“On a macro level, Ms. Newbold provided testimony that the Democrats are misusing to manufacture a misleading narrative that the Trump White House is reckless with our national security,” said Jordan.