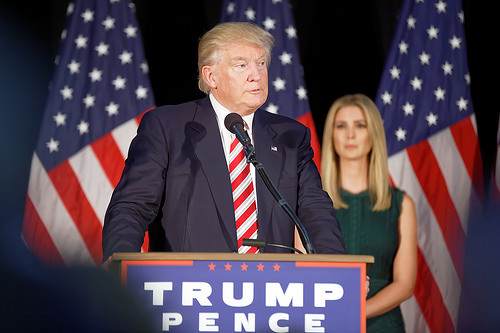 (LifeSiteNews.com) Donald Trump’s daughter Ivanka and her husband, Jared Kushner, are being credited in the media for sinking a potential Trump executive order designed to protect the freedom of conscience for people of faith.

The power couple, though identifying as Orthodox Jewish, have a history of supporting homosexual activism, including co-hosting a fundraiser for a leading pro-homosexual “marriage” group in 2011.

Meanwhile, in an interview Sunday on ABC’s “This Week,” Vice President Mike Pence defended his boss’ extension of a pro-LGBT executive order issued by President Obama in 2014.

After ABC’s George Stephanopoulos asked Pence to react to influential Iowa pro-family leader Bob Vander Plaats, who said, “Our base is wondering why Obama’s [pro-LGBT] executive order is allowed to stand,” Pence answered:

“I think throughout the campaign, President Trump made it clear that discrimination would have no place in our administration. I mean, he was the very first Republican nominee to mention the LGBTQ community at our Republican National Convention and was applauded for it. And I was there applauding with him.

“I think the generosity of his spirit, recognizing that in the patriot’s heart, there’s no room for prejudice is part of who this president is.”

The D.C. homosexual newspaper Washington Blade reported: “The words in favor of LGBT rights are striking for Pence, who has a long anti-LGBT history that includes signing into law as Indiana governor a ‘religious freedom’ bill that would have enabled anti-LGBT discrimination.”

Pence was noncommittal on whether a religious liberty executive order was forthcoming but said Trump is investigating ways to overturn the Johnson Amendment that limits the political speech of pastors. In the campaign, Trump pledged to overturn it….