‘This is for all the kids…’ 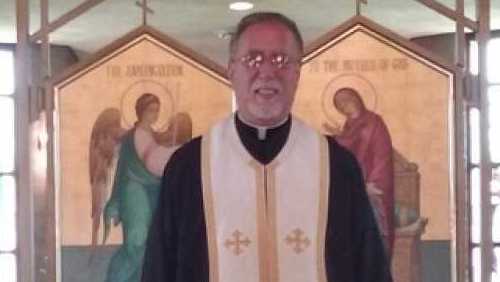 (Kaylee McGhee, Liberty Headlines) A Catholic priest in Indiana was attacked as he was inside his church praying by a man who yelled, “This is for all the kids.”

The Rev. Basil Hutsko, 64, was gravely injured at the end of a Monday morning church service in Merrilville, Indiana, by a male attacker who struck him multiple times from behind and then left the priest unconscious for 15 minutes.

“The attacker grabbed him, choked him and threw him to the ground and knocked him unconscious. He was wearing gloves. Father Basil does not know who it was, but while he was attacking him, he heard the attacker say to him, ‘This is for all the kids,'” The Rev. Thomas Loya, a friend and colleague of Hutsko, told WBTV.

Merrillville’s police chief confirmed Loya’s account to CNN: “The attacker grabbed him by the neck, threw him down on the floor and immediately started slamming his head against the floor. Both sides, front and back,” Police Chief Joseph Petruch said.

Loya said they believe Hutsko was attacked simply because he’s a Catholic priest.

Hutsko is not alone — many religious leaders have been disrespected in recent days because of an ongoing child abuse scandal in Pennsylvania’s Roman Catholic Church.

More than 300 priests were accused of sexual abuse by a grand jury last week.

The FBI is investigating the attack on Hutsko, who has never been accused of sexual abuse, as a hate crime.

Loya said that although he’s heard of similar attacks happening to other priests, he didn’t expect it to happen to someone he knows.

“The stories are very ugly… and very unbecoming of the church, so I can see where some people might become enraged. But at the same time, people get enraged and do this to an innocent priest, and that’s not going to help or solve anything,” he said.