‘We ask that he … educate himself on the legacy of violence and discrimination towards Indigenous women, so that repair and reconciliation might follow…’

Similar to the more commonly known blackface, the term redface makes reference to a Native American costume that plays off of hurtful stereotypes and disrespects indigenous women, according to an open letter addressed to Hickenlooper.

There is no space for racism in politics, @Hickenlooper is not fit to lead.

Throughout the history of colonization, these tropes have been weaponized to subject Indigenous women to sexual violence and dehumanization.#dropoutHickhttps://t.co/nLWUF3Z6xp pic.twitter.com/UNa5UGQz5K

Hickenlooper participated in an event in 2018 called the “One Shot Antelope Hunt,” a competition that challenges the participants to shoot an antelope with one shot.

Winners of the event wear the traditional Native American headdress, and the losers wear an indigenous shawl or bonnet in an attempt to imitate “squaws,” or Native American women.

Hickenlooper’s participation in this event was “an unacceptable lack of judgment,” according to the dozens of Native Americans who signed an open letter demanding that Hickenlooper drop out of his Senate race.

“Former Gov. Hickenlooper’s actions are inexcusable and set the wrong example for an elected official,” the letter states.

“We ask that he withdraw from the race and that he does the work to educate himself on the legacy of violence and discrimination towards Indigenous women, so that repair and reconciliation might follow,” it continued.

Joe Kenney, the liaison between the One Shot Club and the Shoshone Tribe, defended the event and Hickenlooper’s participation in it.

“Those who are misrepresenting this photo for political purposes are wrong,” Kenney said in a statement. “The headdress was placed on the governor’s head by Hunt Chief Shoyo as part of the event the Shoshone have long enjoyed celebrating.”

The scandal surfaced two days before a June 30 primary to determine whether Hickenlooper, a former Democrat presidential hopeful, or Andrew Romanoff, a state legislator who is running to the left of Hickenlooper, will face incumbent Republican Cory Gardner in November. 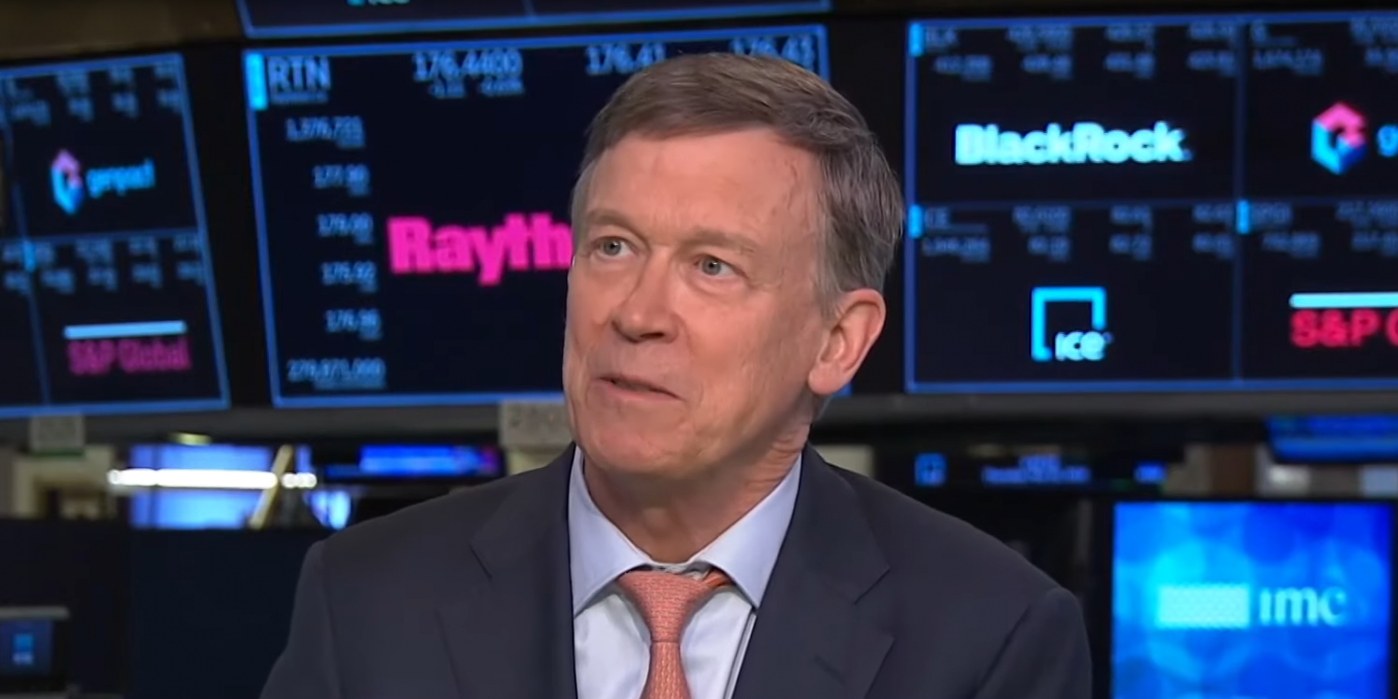 Gardner’s seat was once considered to be among the more vulnerable given the former swing state’s hard leftward shift emanating from areas like Denver and Boulder.

But Hickenlooper—whose candidacy, on the heels of his national exposure in the Democrat primaries, carried with it an air of invincibility—has been badly bruised already in the intra-party Senate battle.

A semi-judicial state ethics board found that he had violated ethical rules while governor by accepting free trips and other perks from major companies that stood to benefit from his favorable policies.

Hickenlooper also was held in contempt by the board for refusing to show up during its hearing and was fined thousands of dollars earlier this month.