(Stefan Gleason, Money Metals News Service) When it comes to fiscal irresponsibility, there is plenty of bipartisan blame to go around.

Just last week, the Republican-controlled Senate, at the urging of a Republican president, passed a budget deal authored by House Democrats and approved by the D.C. swamp.

The even worse news is that one party’s presidential candidates want to accelerate deficit spending, currency printing, and wealth redistribution on a scale that can only be described as socialistic. (But, in fairness, politicians in the other major party have been spending like drunken sailors themselves… they are just quieter about it.)

A new Fox News poll shows 53 percent of Democratic primary voters believe moving to socialism would be a “good” development.

As much as we’d prefer to tune out the chorus of partisan political commentary, sometimes investors need to be aware of threats to their wealth coming from politicians of nearly every stripe, especially those on the Far Left. 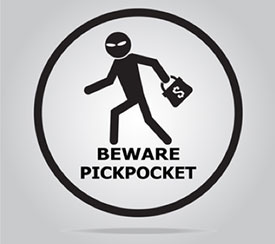 Well over a dozen deeply committed leftists are running for president, and each is offering up new multi-trillion-dollar spending proposals…

A “free” government-run healthcare system that covers foreigners who come here illegally. A “green” economy where fossil fuels are replaced with unaffordable and unobtainable alternatives. Large-scale student loan debt “forgiveness.” Racial “reparations” for people who were born not into slavery, but into entitlement to welfare and Affirmative Action.

Senator Elizabeth Warren, who once tried to game the Affirmative Action system by falsely claiming American Indian ancestry, is now playing the race card to gin up votes for her “racial wealth gap” redistribution agenda.

Not to be outdone, during last week’s Democrat debates, Senator Kamala Harris threatened to fine companies that don’t close the race and gender “wage gap” to federal bureaucrats’ satisfaction.

The so-called “wage gap” has been debunked over and over. After adjusting for the fact that men tend to work longer hours and take the dangerous and dirty jobs that women generally avoid, the data show that men and women are actually paid about the same when actually doing the same work. (If they weren’t, then savvy business owners would clamor to hire females at a discount.)

Pitting women against men, blacks against whites, isn’t about fairness. It’s about dividing America into constituent groups that want their own special preference and generating demand for socialistic government programs.

The politics of racial exploitation comes down to a simple, successful formula that gets repeated endlessly: stir up racial resentment on one side, white guilt on the other, then cash in.

If race-baiting politicians sincerely believe they can engineer equal outcomes for the greater good, then why do they never target the ethnic group which has set the highest benchmark?

Whites aren’t the most socio-economically successful racial group in the U.S. Asian-Americans are. Yet, no politician proposes programs to dismantle “Asian privilege” and redistribute wages earned by Asians to non-Asians.

There apparently isn’t much anti-Asian resentment for politicians to stoke or Asian guilt for them to mine.

New York Senator Kirsten Gillibrand, a presidential hopeful, took her opportunity at the Democrat debate to lecture us about how she’s good at lecturing white people about their whiteness and how problematic it is.

She wouldn’t dare lecture us about the particular ethno-religious group that holds the most disproportionate share of wealth and power on Wall Street, though. (Because that would be anti-Semitic.)

It’s an ideological imperative for leftists to portray whites as akin to an oppressive ruling class and everyone else as the victimized proletariat. They are convinced that racializing the fight against capitalism will accelerate the move to socialism.

For example, left-wing California Education Department bureaucrats now want all schools in the state to teach children that capitalism itself is “racist.”

If the entire economy is “racist,” then there is no limit to what aspects of it the government might be called upon to take over and rectify.

Nationalizing the trillions of dollars held in IRA and 401(k) accounts has long been a pipe dream of the far-left fringe. Call the wealth held in them “racist” and suddenly a larger constituency for a government takeover can be created.

That’s the nature of the threat. Even though the Far Left’s race card has seemingly been overplayed past the point of absurdity, it is still difficult for fearful Republicans to counter effectively.

Reciting upbeat official unemployment data for each hyphenated-American category won’t convince anyone on the left to stop calling President Trump (or capitalism) “racist.”

On the other hand, if Trump can make prominent leftists answer for their own prejudices and bigotries against the American majority and relentlessly tie them to “the squad” of socialists in Congress, then perhaps they will start fearing the race card…Original Source…