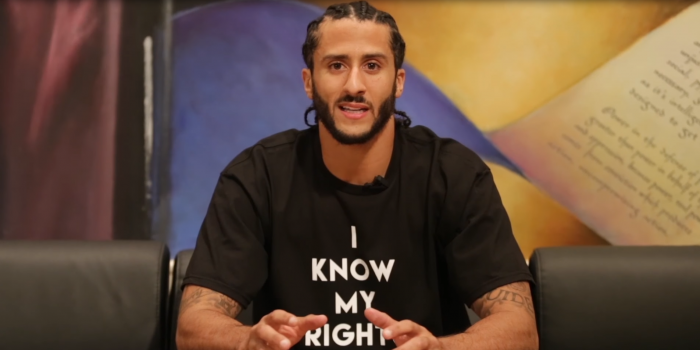 Owens argued that giving the washed-up Kaepernick a starting quarterback job would be like “affirmative action for a Marxist.”

The former San Francisco 49ers star last took the field in 2017, but he was benched midway through the season for performance reasons.

After declining to renew his contract, he was shocked to discover that no other franchises were interested in him. Kaepernick blamed his controversial anthem-kneeling and sued the NFL, which settled out of court for an undisclosed amount.

He later capitalized on his notoriety as a social activist by signing a lucrative Nike contract and continues to ignite controversy while insisting he has been discriminated against.

The NFL has been pandering to Kaepernick in light of recent race-riots (which he actively endorsed) and Black Lives Matter protests.

The league recently apologized to him and the other players who knelt during the national anthem, and asked him to “inform” the NFL’s continued efforts toward increased diversity. But what the NFL is really doing is “approving” of Kaepernick’s “ideology,” Owens said.

If Kaepernick comes back, Owens argued, so should Tim Tebow, the former Denver Broncos quarterback and outspoken Christian who was likewise shunned for his “Tebowing” genuflection in prayer. 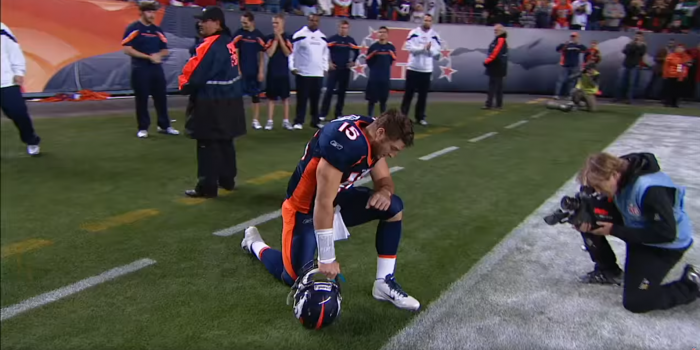 “It doesn’t matter how long he’s been out of the game,” Owens told Sports Illustrated. “It doesn’t matter his talent. He was a Christian who kneeled in prayer and was a positive on his team. The reason why Tim Tebow—as talented as he was with the Denver Broncos—the NFL didn’t like his essence.”

Insofar as Tebow was a “distraction,” Kaepernick is much worse, he added.

“Meanwhile, we’re willing to have the distraction of a Marxist—a Castro-brother-loving Marxist—to come back and play [despite the fact] that many Americans don’t want to see him play,” he insisted.

Owens said he won’t be the only American who will refuse to watch the NFL play if Kaepernick returns.

“They don’t care enough about their fans who love this country,” he said of the NFL. “If Goodell allows Kaepernick to come back, if they allow players to kneel during the national anthem, I’m willing to not watch the game.”

There is, in fact, a chance that Kaepernick could return to the NFL. Seattle Seahawks coach Pete Carroll hinted earlier this month that at least one team was interested in signing him.

“I got a phone call today asking and inquiring about the situation,” Carroll said. “I know somebody is interested, so we’ll see what happens with that.”

It is not known whether Kaepernick would opt to take up residence in Seattle‘s new CHOP district, a six-block “autonomous” zone recently taken over by Antifa-linked anarchists in the heart of the city.