Both Rep. Robert Pittenger and Mark Harris have promoted their policy alliances with the President… 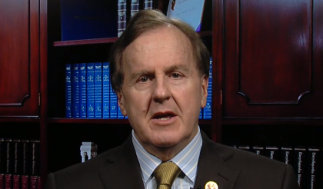 But they hold very different views on the $1.3 trillion omnibus spending package that Congress passed and Pittenger voted for — Harris opposed it.

Also, the former pastor of the First Baptist Church of Charlotte has earned at least two critical endorsements important to the conservative grassroots in North Carolina: from the NC Values Coalition, which promotes issues such as traditional marriage between a man and a woman and pro-life causes; and from Grassroots North Carolina, the state’s largest pro-2nd Amendment group.

They’re waging a Republican primary rematch for North Carolina’s 9th Congressional District, which the GOP has held since 1963.

Clarence Goins is the third man in the ring. Efforts to interview him were unsuccessful.

NC Values Coalition favors Harris over Pittenger because of first-hand experience working with him.

“We have had the opportunity to closely work with Mark Harris on every pro-life and pro-family initiative our coalition has advanced in North Carolina,” the group said in its endorsement. “Mark Harris is a determined leader and tireless advocate for conservative family values. He is a man of action, not just empty rhetoric.”

Grassroots North Carolina also felt that Harris would be a stronger advocate for gun ownership rights.

“Like so many other politicians who ‘forget who brung ‘em to the dance,’ Pittenger this year voted for the insidious Fix NICS language,” the group said on its endorsement Web page. “By contrast, challenger Mark Harris not only scored 99% on GRNC’s candidate survey, earning 4 stars (****), but also promises to sponsor pro-gun legislation in Congress.”

The Fix NICS Act expands the federal government’s national background check database to individuals who are included because of dubious “health concerns,” thus infringing on their Second Amendment rights.

Harris and Pittenger’s embrace of Trump should appeal to GOP voters in the district, said Jonathan Kappler, executive director of the North Carolina FreeEnterprise Foundation, during a presentation April 23 at the John Locke Foundation.

That might be a winning strategy in the primary, but could pose problems in the Nov. 6 general election.

Pittenger defended the $1.3 trillion spending plan he voted for.

“I think people need to be very clear-eyed in what they’re doing before they start attacking an important, fiscally accountable bill,” Pittenger said. Two-thirds of budget spending is mandatory. About a half of the other third goes towards the military, and only about 17 percent is discretionary spending, he said.

The nation faces unprecedented threats from Iran, North Korea, China, Russia, and multiple terrorist organizations, Pittenger said. The budget strengthened the military, which was weakened during the Obama years.

He said the House should have passed a separate defense spending initiative instead of using the military as cover for a bloated budget that requires more borrowing to pay for it.

Pittenger commends Trump for his threatened use of tariffs, and believes the president’s tough stance already is having an impact on foreign nations’ trade stance.

“It’s the first time we’ve ever had a businessman in the White House who knows how to negotiate, so let’s let Trump play out his hand and follow the process,” Pittenger said.

“I’m not a fan of tariffs, and I don’t think there is evidence long term that they are good for anybody,” Harris said. “But I am willing at this stage to take a wait-and-see approach while negotiations are going on.”

He believes school security needs beefed up, but not with a one-size-fits-all mandate from Washington. He believes cultural decay, and violence in movies, television shows, and video games are to blame in large part for mass shootings.

“My position is simply that we’ve got to make sure that we are enforcing the laws we currently have,” Harris said.

But Harris said the left is too quick to politicize school shootings before people have a chance to grieve. He said schools should use the shootings to remind their generation the Second Amendment’s freedom to bear arms is meant to protect against a tyrannical government. 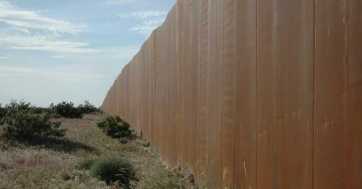 Pittenger supports a wall on the U.S. border with Mexico.

Pittinger said Trump agreed to deal with residents who came under DACA, the Deferred Action for Childhood Arrivals law, “in exchange for securing this country, dealing with sanctuary cities and many other reforms that are needed,” Pittenger said. “Shame on Democrats who don’t want to find solutions. They just want to use it as a political hammer to campaign with.”

Harris thinks Trump was too generous in offering to provide a pathway to citizenship for 1.8 million DACA recipients brought here illegally by their parents because it rewards lawbreaking. He said he supports an end to chain migration, the diversity visa lottery, and implementing an e-verify system for employers to check the legal status of prospective hires.

He said he is a strong supporter of building the southern border wall, noting Republicans paid for Planned Parenthood in the $1.3 trillion spending plan but not full funding for the wall.

**MORE COVERAGE OF THE 2018 ELECTION at LibertyHeadlines.com**

Pittenger and Harris both believe Trump has been a successful leader.

Pittinger cited a growing economy, falling unemployment, especially for African Americans, wages going up, corporations returning operations to America, job creation, regulatory reform, and the successes against ISIS. “I think we’re at the tip of the iceberg,” Pittenger said.

Harris said he agrees with many district voters that Trump is doing a good job, and evangelicals support him because he is strong on religious liberty issues.

Yet he thinks Trump should have vetoed the $1.3 trillion spending package. He said he can’t defend some of Trump’s tweets and personal behavior, both of which step on his policy progress.

“But as a congressman,” Harris said, “my primary objective is to see that his policies are moved forward, and agenda moved forward that I have great agreement with.”…Original Source…