(Kathryn Blackhurst, Lifezette) After repeatedly failing to fulfill a campaign promise to repeal and replace Obamacare, the Republican Party has transitioned to warning Democrats would further devastate the nation’s health care system by pursuing a single-payer if granted congressional majorities in 2018. 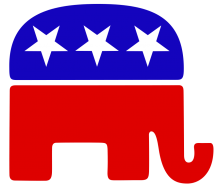 “Big government has destroyed the American healthcare system as we know it. But it gets worse,” the ad’s voiceover said. “A new plan brought to you by the same Democrats who gave us Obamacare.”

“Tell Nancy Pelosi and California Democrats we can’t afford single-payer healthcare,” the ad continued as it singled out the House minority leader and her growing unpopularity within her own Part.

In particular, the ad targets Democratic House candidates in California’s 25th and 10 Districts: Bryan Caforio and Josh Harder, respectively. Jack Pandol, a NRCC spokesman, told The Los Angeles Times that these two candidates were singled-out because they “aren’t being up front with the progressive base and mainstream voters about their position on single-payer. They can’t escape taking a position on this forever.”

A single-payer system would subject the U.S. to a government-run socialized system and adopt progressive-liberal values that would reach far further leftward than Obamacare.

The ad also featured the case of Charlie Gard, a British baby born with severe birth defects who died July 28 following his parents’ prolonged struggle with the British government and its healthcare system.

“European-style single-payer healthcare is the new litmus test in the Democratic Party,” NRCC spokesman Matt Gorman said in a statement, according to the Washington Examiner. Gorman added that “every day from today until Election Day, Democrats will be forced to answer whether they support this disastrous plan.”

Democrats must clinch 24 House seats in order to snatch the majority back from Republicans in the 2018 midterm elections. Since the Democrats’ suffered their crushing 2016 election failure, the Party has engaged in an internal debate regarding Pelosi’s fitness to continue in her leadership role as the Party struggles to offer an economic message that could resonate with voters and rival the platform President Donald Trump campaigned on successfully.

Although the GOP won the White House and maintained majorities in both the House and the Senate following the 2016 elections, the Party failed to follow-through on the promise it made to repeal and replace the Affordable Care Act ever since former President Barack Obama signed it into law in 2010. After the GOP’s so-called “skinny repeal” effort failed on July 28 in the Senate, many congressional Republicans signaled that it was time to move on and work toward bringing Trump’s other campaign promises to fruition.

Although the NRCC hopes to sway key House elections in the GOP’s favor through ads such as “Control,” the Democratic Party’s House campaign organization, Democratic Congressional Campaign Committee (DCCC), maintains that not all of the Party’s candidates support a single-payer healthcare system.

“Republicans have lost all credibility on healthcare with this repeal disaster,” said DCCC spokesman Tyler Law, according to the Examiner. “To think they can keep talking about healthcare and have that be a winning issue heading into the midterms, they’re sorely mistaken.”

For his own part, Trump has lashed out repeatedly at both the “obstructing” Democrats and the “foolish” Republicans for failing across the board to reform healthcare and bring relief to the millions of Americans suffering under Obamacare’s collapse.

“Republicans in the Senate will NEVER win if they don’t go to a 51 vote majority NOW. They look like fools and are just wasting time … If the Senate Democrats ever got the chance, they would switch to a 51 majority vote in first minute. They are laughing at R’s. MAKE CHANGE!” Trump tweeted July 29. “After seven years of “talking” Repeal & Replace, the people of our great country are still being forced to live with imploding ObamaCare!”