Kay Cole James accused of being ‘anti-trans, anti-LGBTQ and anti-immigrant…’ 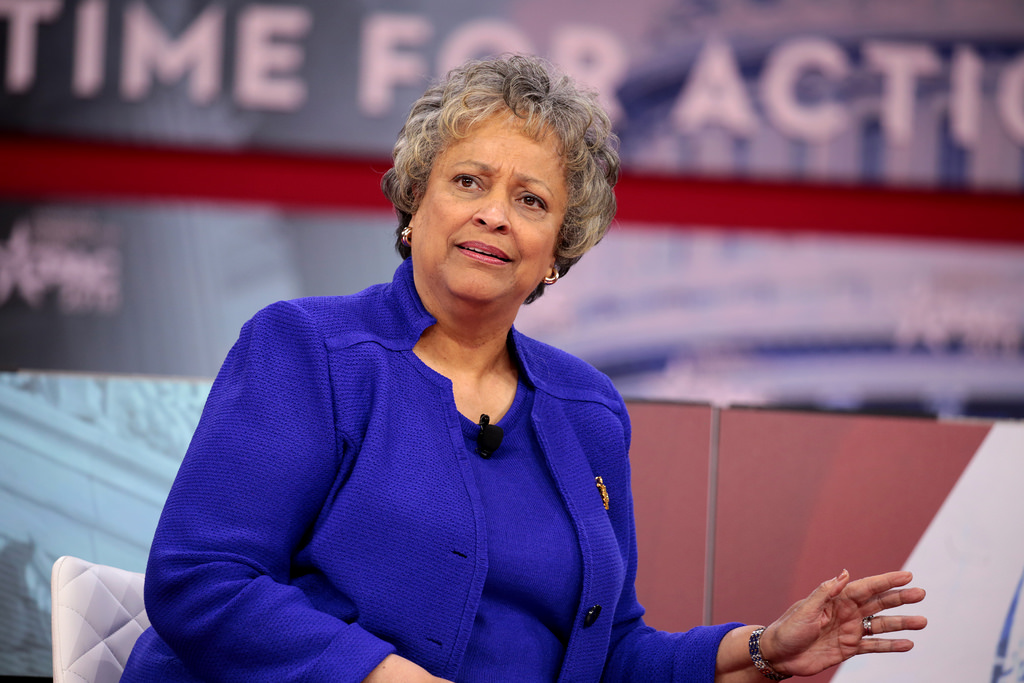 (AFP) A group of Google employees launched a public campaign Monday to remove the president of the conservative think-tank Heritage Foundation from an outside artificial intelligence ethics advisory panel.

A petition published online called on the Internet giant to cull Kay Cole James from its recently formed Advanced Technology External Advisory Council due to her history of being “vocally anti-trans, anti-LGBTQ and anti-immigrant.”

“In selecting James, Google is making clear that its version of ‘ethics’ values proximity to power over the wellbeing of trans people, other LGBTQ people and immigrants,” read a statement posted on Medium by a group identifying itself as Googlers Against Transfobia.

Positions expressed by James contradict Google’s stated values and, if infused into artificial intelligence, could build discrimination into super-smart machines, according to the post.

“From AI that doesn’t recognize trans people, doesn’t ‘hear’ more feminine voices and doesn’t ‘see’ women of color, to AI used to enhance police surveillance, profile immigrants and automate weapons  — those who are most marginalized are most at risk,” the group argued.

The group said that reasoning for James being added to the panel has been given as an effort to have a diversity of thought.

Neither Google nor the Heritage Foundation immediately responded to requests for comment.

Petition backers said it launched with 580 signatures from academics, Google employees and others, including technology industry peers.

The controversy comes as the world grapples with balancing potential benefits of artificial intelligence with risks its could be used against people or even, if given a mind of its own, turn on its creators.

Google chief Sundar Pichai said in a published interview late last year that fears about artificial intelligence are valid but that the tech industry is up to the challenge of regulating itself.

Tech companies building AI should factor in ethics early in the process to make certain artificial intelligence with “agency of its own” doesn’t hurt people, Pichai said in an interview with The Washington Post.

The California-based internet giant is a leader in the development of AI, competing in the smart software race with giants such as Amazon, Apple, Facebook, IBM and Microsoft.

Last year, Google published a set of internal AI principles, the first being that AI should be socially beneficial.

Google vowed not to design or deploy AI for use in weapons, surveillance outside of international norms or in technology aimed at violating human rights.

The company noted that it would continue to work with the military or governments in areas such as cybersecurity, training, recruitment, health care and search-and-rescue.

AI is already used to recognize people in photos, filter unwanted content from online platforms and enable cars to drive themselves.