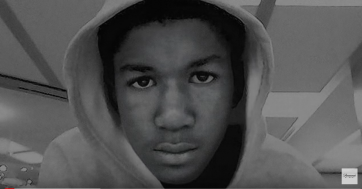 (Claire Russel, Liberty Headlines) George Zimmerman is filing a lawsuit against the family of Trayvon Martin, claiming the case against him was built on false evidence.

Zimmerman was a neighborhood watch volunteer acquitted of homicide charges in 2012 after he fatally shot Martin.

The lawsuit alleges defamation, abuse of civil process, and conspiracy, according to the Miami Herald.

The defendants “have worked in concert to deprive Zimmerman of his constitutional and other legal rights,” the lawsuit states, citing civil rights attorney Ben Crump’s decision to swap out a reluctant witness, Brittany Diamond Eugene, for her half-sister, Rachel Jeantel.

Crump reportedly handed Jeantel a script in an attempt to land Zimmerman in prison, the lawsuit says.

Though the details of the case still remain unclear, the jury sided with Zimmerman, who said 17-year-old Trayvon Martin had attacked him in Miami Gardens after Zimmerman had reported him to the police as a suspicious figure.

Crump slammed the lawsuit and called it a “shameless” attempt to profit from Martin’s death.

“I have every confidence that this unfounded and reckless lawsuit will be revealed for what it is — another failed attempt to defend the indefensible and a shameless attempt to profit off the lives and grief of others,” Crump said in a statement.