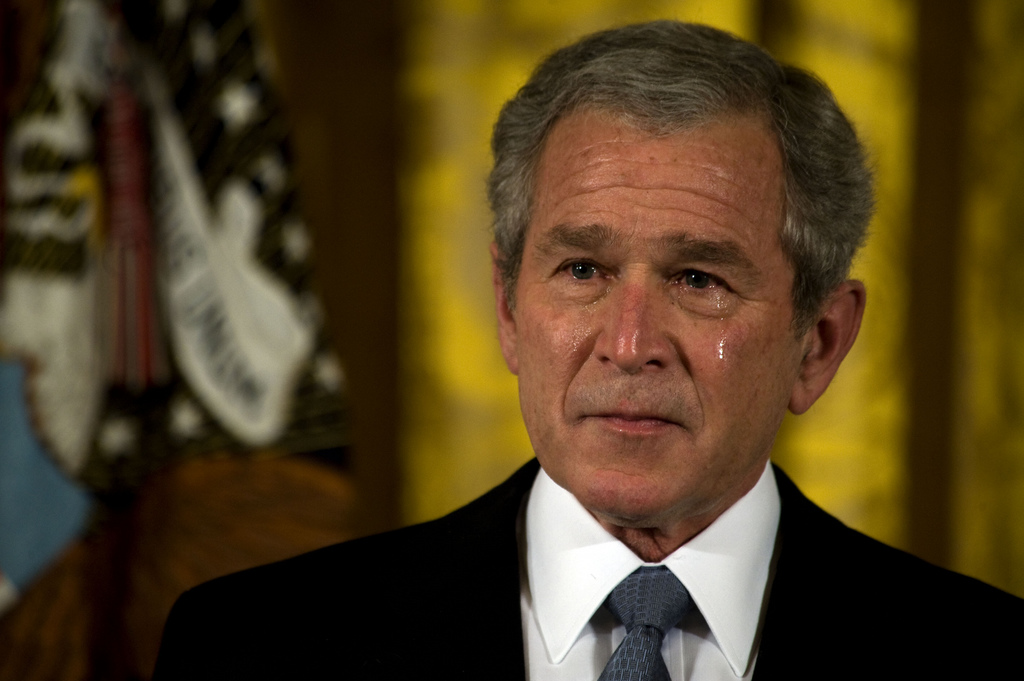 (Breitbart) Former President George W. Bush praised the inflow of illegal and legal immigrants to the United States, saying Americans should “say ‘Thank you’” to migrants and “welcome them.”

“America’s their home,” Bush said, according to the Associated Press. “They’ve got to get it fixed.”

Bush also explained how he tried to pass amnesty for millions of illegal aliens during his time in the White House, echoing the talking points often used by the U.S. Chamber of Commerce and big business lobby to continue the inflow of more than one million mostly low-skilled illegal and legal immigrants to the country every year.

“There are people willing to do jobs that Americans won’t do,” Bush told his Arab audience. “Americans don’t want to pick cotton at 105 degrees (Fahrenheit), but there are [migrant] people who want put food on their family’s tables and are willing to do that. We ought to say thank you and welcome them.”

Bush’s suggestion that Americans are unwilling to do blue-collar jobs is not backed up by data collected and analyzed by the Center for Immigration Studies.

For example, research by Steven Camarota found that of the more than 460 occupations analyzed, only four were dominated by foreign-born workers. Those four occupations accounted for less than one percent of the total U.S. workforce…