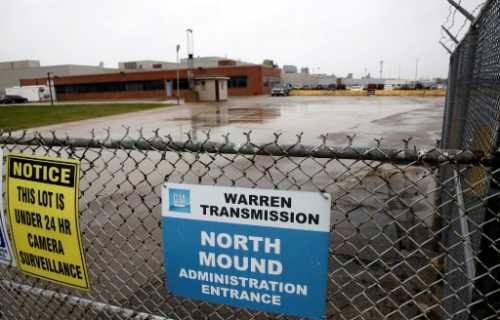 (AFP) In a massive restructuring, U.S. auto giant General Motors announced Monday it will cut 15 percent of its workforce to save $6 billion and adapt to “changing market conditions.”

The moves include shuttering seven plants worldwide as the company responds to changing customer preferences and focuses on popular trucks and SUVs and increasingly on electric models.

“The actions we are taking today continue our transformation to be highly agile, resilient and profitable, while giving us the flexibility to invest in the future,” GM CEO Mary Barra said in a statement.

“We recognize the need to stay in front of changing market conditions and customer preferences to position our company for long-term success.”

Wall Street cheered the actions, while U.S. and Canadian leaders expressed outrage. The closures also drew sharp criticism from the U.S. and Canadian labor union representing GM workers, which accused the company of shifting production overseas at the expense of North American workers.

‘You better get back in there soon…’ 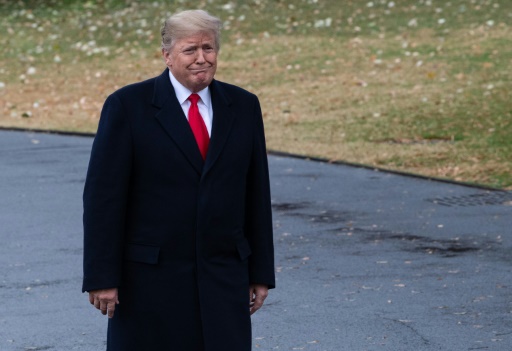 The job cuts from GM’s current 180,000-strong work force will be particularly stinging in Ohio and Michigan, two states battleground states won by President Donald Trump in 2016 with assurances of protecting American jobs, rebuilding the country’s manufacturing base and reviving downtrodden areas hit hard by years of economic stagnation.

“You know, the United States saved General Motors and for [Barra] to take that company out of Ohio is not good,” he said.

Trump said General Motors owed the country after having been bailed out by tax payer money following the 2008 financial crash.

He said he was “very tough” with Barra when they discussed the reorganization.

“I spoke with her when I heard they were closing and I said, ‘You know, this country has done a lot for General Motors. You better get back in there soon,'” Trump told reporters at the White House. “They better put something else in.”

Trump said he’d been told that the Chevrolet Cruze model was failing to sell, “but hopefully she’s going to come back and put” a different model in.

Barra also met at the White House with Trump’s senior economic adviser Larry Kudlow, in what officials said was a previously scheduled meeting.

Trump’s aggressive trade policies have been aimed specifically at saving US manufacturing jobs, including the renegotiation of the North American Free Trade Agreement which took aim at rules governing auto trade to favor the US industry.

Trump has renegotiated the old NAFTA free trade deal with Canada and Mexico specifically to favor the US auto industry, as well as entering into a trade war with China.

Despite that, GM will shutter three North American auto assembly plants next year: the Oshawa plant in Ontario, Canada; Hamtramck in Detroit, Michigan, and Lordstown in Warren, Ohio.

In addition, GM will close two US propulsion plants — which produce batteries and transmissions — in Baltimore, Maryland and Warren, Michigan, as well two unidentified plants outside of North America. The company already had announced plans to cease operations at its Gunsan, Korea plant.

Senator Sherrod Brown, an Ohio Democrat, lambasted GM’s move as “corporate greed at its worst” and also took a swipe at the 2017 tax cut favored by Trump and congressional Republicans that boosted GM’s profits and had been touted as a jobs winner.

“The company reaped a massive tax break from last year’s GOP tax bill and failed to invest that money in American jobs,” Brown said on Twitter.

Workers at the Ontario plant staged a wildcat strike on Monday to protest the closure.

The job cuts will include a 25 percent reduction in executive-level employees to “streamline decision making,” the company said.

According to reports, the five North American plants concerned employ nearly 7,000, including 3,000 workers in the Ontario company.

GM shares jumped after the announcement, closing up 4.8 percent on the day. Analysts were generally upbeat about the news.

“In contrast to times past, General Motors under CEO Mary Barra is trying to get ahead of a potential crisis by making cuts now,” Michelle Krebs of Autotrader said in a client note.

While GM has been increasing its focus on highly popular trucks and SUVs, the company said in a statement it would also prioritize investment in “next-generation battery-electric architectures.”

In an investor call, Barra said some GM cars would no longer be available in North America.

“We’re evaluating the Chevrolet Cruze for other markets but none would be shipped to the US,” she said.

The restructuring follows a similar move by Ford to cut down on the number of models it manufactures but faces opposition from workers.

‘Slap in the Face’ 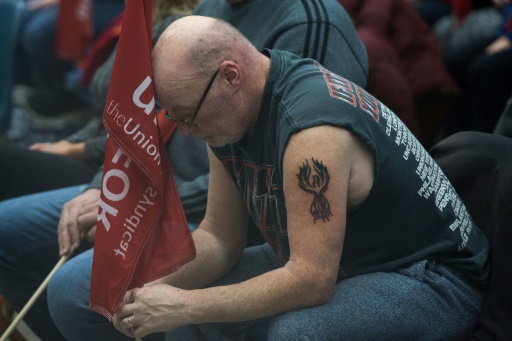 Carl Dillmam, who has worked at the General Motors plant for 37 years, sits with union members in Oshawa, Ontario on Monday/ PHOTO: AFP / Lars Hagberg

The UAW, the US autoworkers union, blasted GM’s decision, saying the company was just looking for cheaper workers, and vowed to fight back.

“This callous decision by GM to reduce or cease operations in American plants, while opening or increasing production in Mexico and China plants for sales to American consumers, is, in its implementation, profoundly damaging to our American workforce,” said Terry Dittes, UAW vice president.

Dittes called the production decisions “a slap in the face” given employee concessions during the economic downturn and a taxpayer bailout from bankruptcy.

Jerry Dias, president of Unifor, the Canadian labor union, said he “does not accept the closure of the plant as a foregone conclusion.”

“We will vigorously fight again to maintain these good-paying auto jobs.”

The company said it aimed to improve capacity utilization at its factories, and did not mention any shift in production overseas, nor did the company respond to a request for comment on the charge.

However, GM in the first nine months of 2018, sold 2.7 million cars in China compared to 2.6 million in all of North America.