‘The Border ‘emergency’ is a manufactured crisis…’ 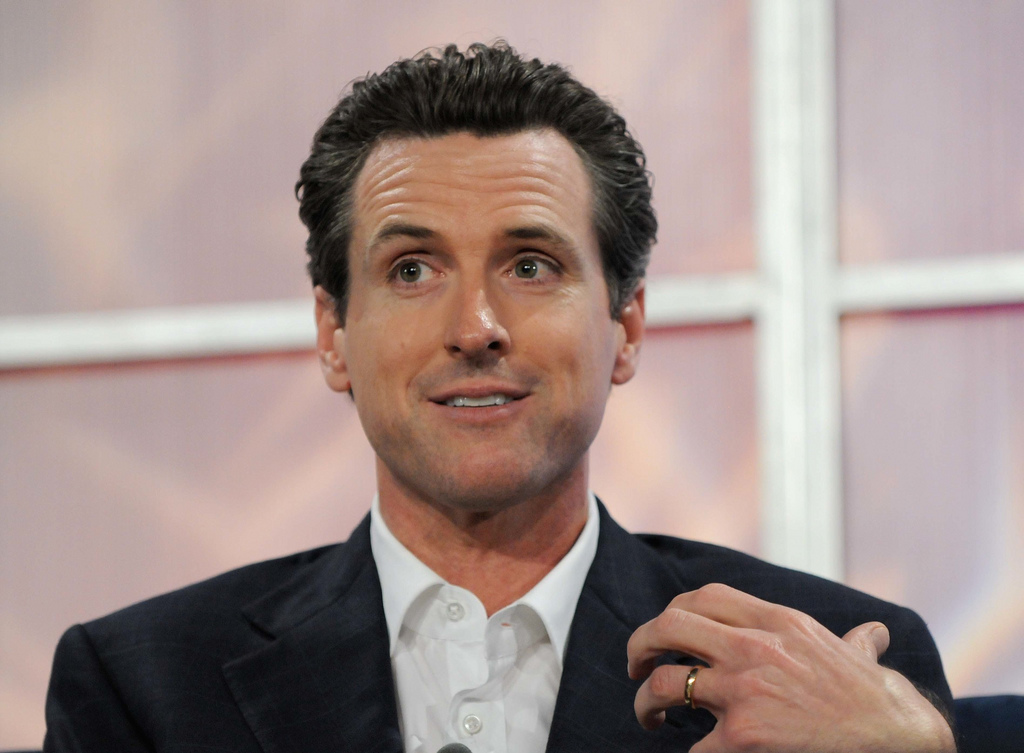 The announcement comes just one day before the governor delivers his first State of the State address Tuesday, setting the stage for Newsom to counter Trump’s State of the Union address from last week.

In released excerpts of his speech, Newsom says he is giving the National Guard a new mission so that troops would not take part in the White House’s “political theater” and instead “refocus on the real threats facing our state.” The governor said he would sign a general order to redeploy the troops to support wildfire prevention efforts and expand operations to counter drugs and cartels across California, with a group of forces trained in spotting narcotics to be stationed at the state’s international points of entry.

“The Border ‘emergency’ is a manufactured crisis,” Newsom is expected to say Tuesday, according to prepared remarks provided by the governor’s office. “This is our answer to the White House: No more division, xenophobia or nativism.”

Newsom’s move is an escalation of a long-running battle over immigration between California and the federal government, with the state’s Democratic majorities pledging to serve as a buffer to Trump’s hard-line rhetoric and policies.

The president has threatened to invoke emergency powers to fund construction of a wall at the U.S.-Mexico border, a key promise of his 2016 campaign. A budget standoff between Trump and congressional Democrats over the proposal led to a 35-day government shutdown, the longest in U.S. history. Parts of the government could close again if Congress and the White House do not reach a spending deal by Friday.

In his address to the nation last week, Trump showed little willingness to compromise, doubling down on calls for a wall and describing illegal immigration as a source of crime and a costly burden on taxpayers.

“Tolerance for illegal immigration is not compassionate — it is cruel,” he said.

Newsom is the second governor this month to pull National Guard troops assigned to the southern border.

Last week, New Mexico Gov. Michelle Lujan Grisham ordered the removal of most her state’s troops just hours before the president’s address, saying she rejected “the federal contention that there exists an overwhelming national security crisis at the southern border.”

“New Mexico will not take part in the president’s charade of border fear-mongering by misusing our diligent National Guard troops,” she said.

Democratic state legislators and civil rights groups applauded Newsom’s order. Assemblyman Miguel Santiago, D-Los Angeles, said he and other members of the California Latino Caucus had long wanted the state to take an aggressive stance against “the administration’s anti-immigrant and inhumane crusade.”

“The only way to beat a bully is to push him back and let him fall,” he said.

Patricia Gandara, co-director of the Civil Rights Project at UCLA, commended the governor’s decision, pointing to the state’s own battles over immigration and its treatment of immigrants — including 1994’s fight over Proposition 187, which sought to cut off schooling and health services for immigrants here illegally.

“I think we grew up and we realized that immigrants were not a threat,” Gandara said. “We’re the fifth-largest economy in the world. And we have the largest percentage of immigrants in our state. How do you reconcile that if you think immigrants are taking our jobs and bringing down the economy?”

Newsom’s approach is a departure from that of former Gov. Jerry Brown, who in April granted Trump’s request to send 400 National Guard troops to the border as other Democratic and Republican governors recalled some troops and equipment or refused to send any personnel.

Brown said he agreed to the mission after persuading the federal government to commit to paying for it and kept the guard members under the direction of the state. He ordered that they not enforce immigration laws or participate in building a new border barrier. But the then-governor faced criticism from state Democrats and immigrant rights groups, who said providing support to the federal government could free up U.S. Customs and Border Patrol officers to increase detentions and deportations.

Counter efforts against Trump’s immigration policies intensified last summer after his administration began separating migrant families at the border under a policy that required all adults who enter the country illegally to be prosecuted. At least five governors recalled troops or withheld resources.

“Now, the Trump Administration is using the California National Guard to free up federal resources to pursue and lock up women and children fleeing violence, instead of focusing on serious drug cartel and human trafficking cases at the border,” De Leon wrote in a June 2018 letter to Brown. The troops have remained at the border for 10 months.

Trump later dispatched more than 5,200 active-duty military troops to the border in October before the 2018 midterm election as a caravan of migrants arrived in the U.S. from Honduras, Guatemala and El Salvador. The federal government that month also stopped helping asylum-seeking families connect with their U.S. sponsors after being processed and registered at the border.

Thousands of families have since been released into the San Diego area with nowhere to go, forcing nonprofits in the region to step up and offer temporary shelter.

Newsom, who visited one of those shelters a month before he was sworn into office, and other California state leaders have described what Trump has called a crisis at the border as “self-induced” by the president.

In his Spanish-language response to the president’s State of the Union address Tuesday, California Attorney General Xavier Becerra warned that he is prepared to take Trump to court if he declares a national emergency to fund a wall at the U.S.-Mexico border while cutting federal funds to fire-damaged communities in the state.

Newsom said Trump’s plans to deploy another 3,750 U.S. military troops to the border was yet another reason to realign the priorities of the National Guard.

Newsom’s general order Monday will assign 110 personnel to support the California Department of Forestry and Fire Protection in preparing for wildfire season. Another 100 members will be devoted to intelligence operations against drug cartels, with a small group of those stationed at points of entry. The governor’s office is separately requesting funding from the federal government to add at least 150 troops to the California National Guard’s Counterdrug Task Force, according to Nathan Click, a spokesman for the governor. His office said the troops will be pulled back no later than March 31.

In excerpts of his State of the State address released Sunday, Newsom says he plans to offer a contrast to the president’s vision of America, calling it “fundamentally at odds with California values.”