According to the report, examining the expenditures of the Planned Parenthood Federation of America over three years, received more than $288 million in federal funds.

“This GAO report sheds light on the outrageous amount of money tax-payers are forced to pour into clinics that provide abortions in the United States and around the world,” Sen. James Lankford (R-Okla.). “Regardless of our differences of opinion on when life begins, I hope we can all agree that no taxpayer should be forced to fund some of the world’s largest abortion providers with their hard-earned tax dollars.”

These, plus the money given to Planned Parenthood, equals $409 million.

Lankford said that instead of supporting abortion clinics, Americans should spend their taxes on federally qualified health centers (FQHCs), which received over $11 billion in the same three years.

“Every human life has dignity from conception to natural death,” Lankford continued in the press release. “We should use tax dollars to support FQHCs which provide necessary health care to protect all lives.”

Republican Sen. Joni Ernst from Iowa also weighed in on the report in the same press release as a co-chair of the Senate Values Action Team.

“This report once again illustrates the absurd amount of taxpayer dollars funding the nation’s single largest provider of abortion services, Planned Parenthood, and its international affiliate organizations,” Ernst said. “More than $1.5 billion in taxpayers’ dollars should not go to an organization with such blatant disrespect for human life.”

“That is why I introduced legislation to defund Planned Parenthood and redirect those dollars to federally qualified health centers that provide actual comprehensive care and family planning services for women,” Ernst said. “We have made great strides to protect life under the Trump administration, but there is more work to be done, and we remain committed to protecting the most vulnerable in our society.” 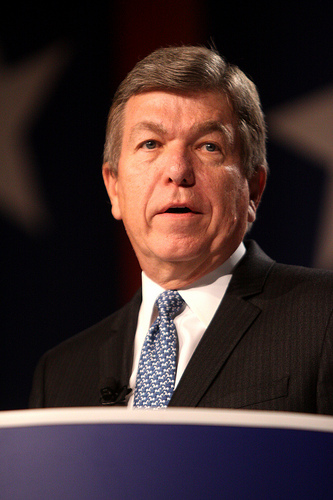 Another member of the Senate Values Action Team, Sen. Roy Blunt (R-Mo.), said that the report shows spending that violates legislation preventing federal funds from paying for abortions except to save the life of the mother or cases of rape or incest.

“For more than 40 years, the health care funding appropriated by Congress has carried Hyde Amendment protections, owing to the recognition that no American should be forced to fund abortions,” Blunt said.

He went on to say that health centers do a better job than abortion providers.

According to the GAO’s report: “Federal agencies obligated nearly $26.5 billion to FQHCs, IPPF, MSI, and PPFA from fiscal years 2013 through 2015 in contracts, cooperative agreements, or grants, according to USASpending.gov and agency data.”

The Senate Values Action Team works to “Advance pro-life and pro-family policies on Congress,” according to Thursday’s press release.

Sens. Lankford, Blunt, and Steve Daines (R-Mont.) are cosponsors of the Protect Funding for Women’s Health Care Act, which was introduced by Ernst and routes federal monies away from abortion-providing clinics toward federally qualified health centers that do not provide abortions, according to the release.

This bill has been referred to the Senate Committee on Health, Education, Labor, and Pensions.

The Values Action Team also supports the No Taxpayer Funding for Abortion and Abortion Insurance Full Disclosure Act, which “prohibits funding for abortion” and is currently held up in both the House and the Senate.