‘Smugglers and traffickers understand our broken immigration laws better than most…’ 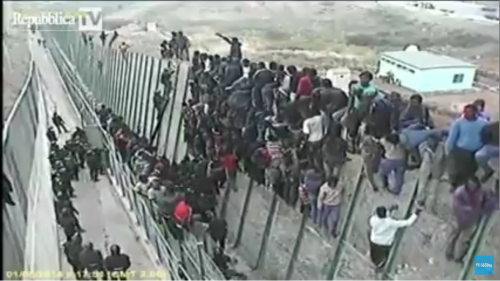 “Smugglers and traffickers understand our broken immigration laws better than most and know that if a family unit illegally enters the U.S. they are likely to be released into the interior,” said  Tyler Q. Houlton, press secretary for U.S. Customs and Border Protection. “Specifically, DHS is required to release families entering the country illegally within 20 days of apprehension.”

Nearly 12,800 family units crossed the border illegally in August, up from about 9,250 in July, CBP reported.

Houlton cited “seasonal” factors as a reason for part of the increase but said “migration flows are responding to gaps in our nation’s legal framework.”

The total number of apprehensions at the Southwest border in August — 46,560 — increased from 40,000 in July. CBP’s apprehension of unaccompanied alien children (UAC) grew from about 3,900 in July to 4,400 in August.

The tactic of sending UAC to the Southwest border seems to have decreased as the federal government signals that it will not detain, deport or penalize illegal immigrants that come as a family.

“We know that the vast majority of family units who have been released, despite having no right to remain in any legal status, fail to ever depart or be removed,” Houlton said. “Through the third quarter of FY 2018, only 1.4 percent of family units have been repatriated to their home country from non-contiguous countries such as El Salvador, Guatemala, and Honduras.”