‘A genie was let out of the bottle, which may take generations to put back in…’

(Ben Sellers, Liberty Headlines) Both Democrats and Republicans are currently holding their breath to see what unfolds following a series of suspicious packages, presumed to be explosive devices, delivered to left-wing targets.

CNN, which received one of the packages addressed to ex-CIA Director John Brennan—a former correspondent there—tweeted out a photo of the apparent bomb:

This is the suspicious package received this morning at the Time Warner Center, which houses the CNN New York bureau.

Police say the package appeared to be a “live explosive device.” It has now been removed and taken to a NYPD facility in the Bronx. https://t.co/WMndoOPcym pic.twitter.com/s5PEmvgzpz

The packages have been sent to a Virginia FBI crime lab for forensic analysis, according to the Associated Press.

It should be no mystery as to why those on the list were included: All in the past have contributed, on some level, to escalating the heated national discourse by fomenting divisiveness and identity politics. Many have openly expressed a support for violence and incivility, and can now tangibly see the consequences of those words.

So, the bigger question is, with the midterm less than two weeks away, where will this hot-potato Hail Mary land and who will take the blame? 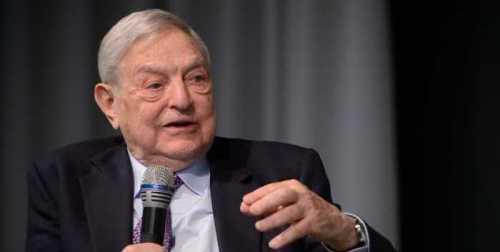 Some, such as CNN’s Jeff Zucker and George Soros’s son Alexander have done what they do best—never let a crisis go to waste when you can deflect it to Trump.

Unsurprisingly, many in the media echo chamber have dutifully toed the line, citing stale and innocuous examples of Trump’s rhetorical animus while ignoring their more alarming liberal antecedents.

After years of shadowy political subversion that has included actively undermining efforts to enforce immigration laws—both at the border and the polling place—and paying often disruptive, sometimes violent protestors to appear at political events—Soros Jr., deputy chairman of his dad’s Open Society Foundations, sobbed to The New York Times that under Trump, “a genie was let out of the bottle, which may take generations to put back in.”

Suffice it to say, when it comes to politics, the Left is not above acts of self-sabotage or, in the words of Nancy Pelosi, “collateral damage.”

With such a group of “victims” involved, including several who have been caught on record lying and establishing elaborately contrived “bait and switch” operations, it would be imprudent to dismiss the possibility that the bomb spectacle was an inside job.

Even Vanity Fair acknowledged the rampant speculation, with conservative figures such as Rush Limbaugh pointing out how coincidental that it would happen in October, just as Senate Minority Leader Chuck Schumer, among others, has promised a few ‘October surprises.’

The aim, then, would be to get Republicans off-message—to put them on the defensive, or to engineer another Kavanaugh or caravan scenario that would generate negative optics regardless of the truth. But as with those other efforts, barring any real injury, it could easily backfire.

If the Democrats wind up being implicated in the scheme, they will simply lick their wounds, gather whatever ill-gotten gains they can from the smear, leave up in the air the accusations of Trump’s rhetoric as the cause and not a coordinated false-flag campaign, and begin the process anew.

Of course, there is also the possibility that the bomber may be a loose cannon on the Right, and if so, how does the GOP—seeing such an event as the inevitable outcome of the rhetoric and hostility on the Left—defuse it without conceding any moral high ground?

This is an ongoing situation that President Trump and his admin are monitoring closely. Our condemnation of these despicable acts certainly includes threats made to CNN as well as current or former public servants. These cowardly acts are unacceptable and wont be tolerated. https://t.co/YbMbCUWMPC

Soon, however, she was obliged to respond to Zucker’s specious finger-pointing by firing back:

.@realDonaldTrump asked Americans “to come together and send one very clear, strong, unmistakable message that acts or threats of political violence of any kind have no place in the USA” Yet you chose to attack and divide. America should unite against all political violence. https://t.co/Dlo3xwHyKi

There is not much that can be done to stop a rogue terrorist from perpetrating acts of violence, apart from condemning all politically motivated personal attacks and offering full support for the investigation and prosecution of responsible parties.

In the meantime, the Right can only hold its breath and hope that no tragedy results, while having faith in in the electorate that its message will prevail.