‘For a party that preaches tolerance, this once again demonstrates they have very little civility…’ 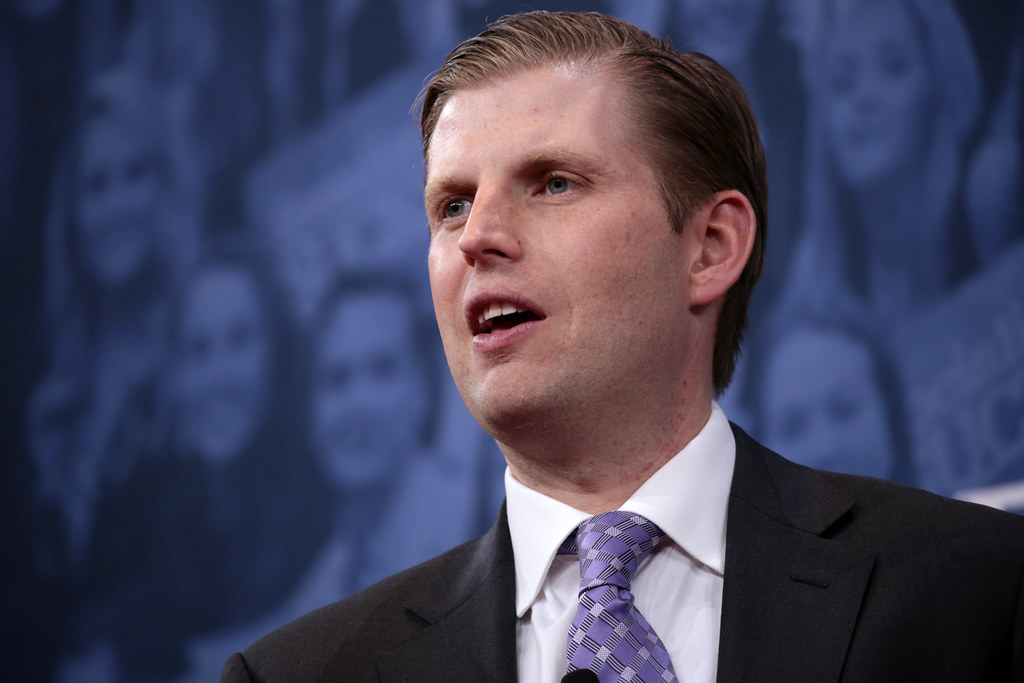 (Katherine Rosenberg-Douglas, Chicago Tribune) Eric Trump, the son of President Donald Trump, was spat on as he visited a popular upscale bar in Chicago Tuesday night during his visit to the city, according to published reports.

A female employee of The Aviary, 955 W. Fulton Market in West Town, was said to have been taken into custody after she spat on Trump.

Trump confirmed the incident to the conservative website Breitbart, telling the news outlet, “It was purely a disgusting act by somebody who clearly has emotional problems.”

The upscale, James Beard-winning bar is owned in part by the duo behind one of the world’s most influential restaurants, Alinea. Co-owner Nick Kokonas previously made headlines in another Trump-related matter when he invited the Clemson Tigers football team to a dinner at the restaurant after they’d famously been served fast food at the White House.

Secret Service officials did not confirm the incident, but Chicago police noted an incident at The Aviary and directed inquiries to the Secret Service.

A one sentence response said the Secret Service had no comment.

Breitbart also reported Eric Trump chose not to press charges against the woman who allegedly spat on him.

It further quoted Eric Trump as saying: “For a party that preaches tolerance, this once again demonstrates they have very little civility. When somebody is sick enough to resort to spitting on someone, it just emphasizes a sickness and desperation and the fact that we’re winning.”

Eric Trump did not take to Twitter about the incident, but had tweeted Tuesday night about being in Chicago.

Employees or owners at the Aviary could not immediately be reached Wednesday morning.

Kokonas previously has said he extended the offer to the Tigers because he wanted them to experience fine dining.

“Between the shutdown and the fast food amongst candelabras, I just thought they should get a second chance to doing it the right way,” Kokonas told the Tribune at the time.