‘This lawsuit is part of a coordinated, politically motivated campaign against energy companies…’

That seems to be the motto of “blue state” leaders looking to achieve Big Tobacco-like settlements against oil companies.

But Minnesota Attorney General Keith Ellison is taking it up notch and suing Exxon Mobile, the American Petroleum Institute and Koch Industries at the same time.

Ellison announced the lawsuit on Thursday and alleges the politically convenient targets violated Minnesota’s Consumer Fraud Act by engaging in a 30-year “campaign of deception.”

For decades, the fossil-fuel industry knew their products were harming MN. They had duty to tell us. Instead, they led a campaign of #climatedeception that hurt our state & left us with massive costs. Today, I sued to hold them accountable for their fraud. https://t.co/2HSQ0744qn

The timing of the suit coincides with another politically charged case.

Ellison is currently embroiled in the prosecution of four police officers involved in the death of George Floyd, a black man whose death sparked widespread riots and looting in Democratic-controlled cities.

However, his own values and past conduct are likely to come under scrutiny should he insist on leading the prosecution in the globally watched trial.

Ellison has been linked with the radical, anti-Semitic Nation of Islam, as well as the actual terrorism-supporting nation of Iran. Some speculate that he may be more interested in a political outcome that foments greater chaos and division than promoting justice and racial healing. 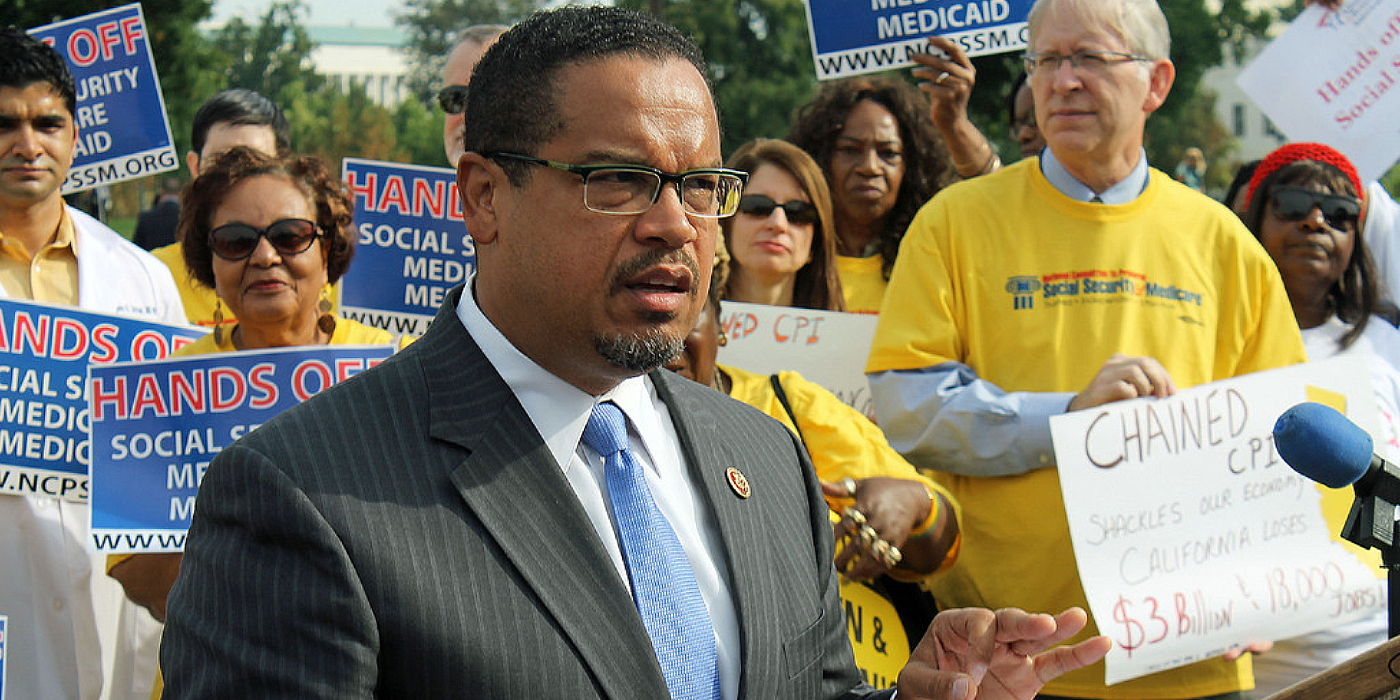 Ellison is also a vocal supporter of the violent left-wing group Antifa and exited his seat in the US House amid public accusations of domestic assault from an ex-girlfriend.

His new climate lawsuit is the latest in a long line of failed civil-court cash-grabs. More than a dozen states and cities have already sued on similar grounds. None of them have been successful.

A pair of California-based climate change lawsuits appear to be the next salvo. After losing in federal court, the cities of Oakland and San Francisco are lining up the same cases for state court prosecutions.

The strategy doesn’t appear to have much of a downside. Taxpayer funds are spent attacking political targets, favorable media headlines ensue, and the chance of a friendly judge straying in favor of progressive attorneys general would open the door for giant settlements.

“This lawsuit is part of a coordinated, politically motivated campaign against energy companies,” said an Exxon spokesman responded to Ellison. “The claims are baseless and without merit. We look forward to defending the company in court.”