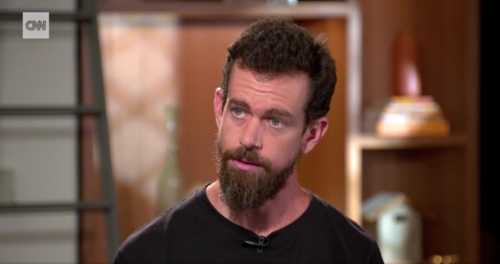 “We have a lot of conservative-leaning folks in the company as well, and to be honest, they don’t feel safe to express their opinions at the company,” Dorsey said. “They do feel silenced by just the general swirl of what they perceive to be the broader percentage of leanings within the company, and I don’t think that’s fair or right.”

While maintaining that the company, contrary to some charges, has censored conservative voices, Dorsey has been open about Twitter’s mistakes, and even admitted last month that Twitter has a left-leaning bias. He said that the best way to ensure trust among Twitter’s users is to make his company’s editorial decisions transparent.

“We need to constantly show that we are not adding our own bias, which I fully admit is left — more left-leaning,” he said in an interview with CNN’s Brian Stelter. “We need to remove all bias from how we act and our policies and our enforcement and our tools.”

Twitter has faced backlash in recent months for an alleged bias against conservatives. Dorsey testified before Congress a few weeks ago and ensured House members that Twitter does not act from a “particular ideology.”

“I want to start by making something clear: we don’t consider political viewpoints, perspectives, or party affiliation in any of our policies or enforcement decisions. Period. Impartiality is our guiding principle,” Dorsey said in his testimony.

Facebook also testified before Congress and echoed similar sentiments. But last month, a senior Facebook engineer Brian Amerige said the company is “intolerant of different views” and that “employees are afraid to disagree with the political climate,” according to The Hill.

“We should make sure that everyone feels safe to express themselves within the company, no matter where they come from and what their background is,” Dorsey told Recode.