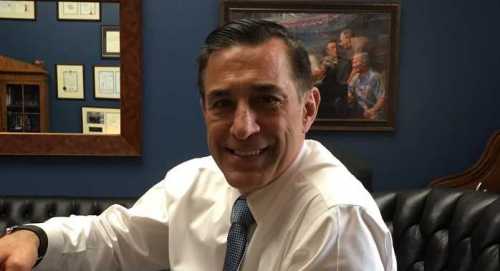 (Kaylee McGhee, Liberty Headlines) The House Judiciary Committee approved a bill 16-5 that would reshape the Ninth Circuit U.S. Court of Appeals, the largest appeals court in the nation.

Introduced by Rep. Darrell Issa, R-Calif., the CIRCUIT bill would modify the structure and limit the influence of the Ninth Circuit, which is reliably leftist in its rulings.

“Since my first day in Congress, I’ve worked with Members to raise awareness for the need to reform this out-of-control circuit, keeping a primary commitment I’ve made to my constituents,” said Rep. Andy Biggs, an Arizona Republican who co-sponsored the bill. “This court is simply too large to properly and efficiently handle the cases that come before it.”

The Ninth Circuit has the heaviest caseload of appeals, according to The Recorder, and cannot keep up with all of its cases.

“For the past several decades, the size of the Ninth Circuit has continued to grow far in excess of other circuits,” House Judiciary Committee Chairman Bob Goodlatte, R-Va., said in a statement. “Twenty percent of the U.S. population now resides in this circuit with nine states and two territories, making it twice the size of any other circuit. The geographic breadth and workload of the Ninth Circuit makes it challenging for parties and their counsel to have timely court dates in their region.”

The bill would also create five new judgeships, bringing the total number of judges to 34. Issa said lawmakers have talked about dividing the Ninth Circuit’s responsibilities for years, but they could never agree on the best way to do so.

“For years, many have called for this court to be divided, but there remains widespread disagreement on how those divisions should be made,” Issa said in a statement.

The Circuit’s Chief Judge Sidney Thomas submitted a letter to the committee on Wednesday, voicing his opposition to the bill.

“Conflicting decisions from the regional divisions would require resolution by the already-overburdened Circuit Division, leading to increased delays for litigants,” Thomas wrote. “Parties who do not prevail in a case, meanwhile, will have an incentive to seek a second opinion from the Circuit Division as a matter of course.”

Issa, however, maintained that the Ninth Circuit is “out of control” and needs to be reformed.

“This court is simply too large to properly and efficiently handle the cases that come before it,” he said.