Warnings from federal government were not heeded… 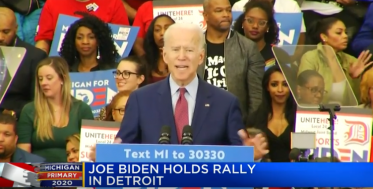 Joe Biden in Detroit on March 9th/IMAGE: WNEM via YouTube

(Michael Barnes, Liberty Headlines) Why is Michigan getting crushed by the Wuhan virus?

These questions are of grave importance, but they’ve mostly gone unanswered.

Instead, Whitmer has received media applause for trashing President Donald Trump — while simultaneously pleading for his help — and for presidential candidate Joe Biden’s recent comments indicating she might be his vice-presidential running mate.

New York has far and away the most confirmed cases of the Wuhan virus, mostly because New York City is densely populated and the city’s incompetent leadership urged New Yorkers to attend Chinese New Year festivities in the midst of the global pandemic.

New Jersey has the second-most cases because of its proximity to New York City and its commuter working culture.

California is third because it has 40 million residents.

But Michigan is right behind them. Why?

As of Thursday, 5 a.m., Michigan has 9,293 reported coronavirus infections and 336 deaths.

Although New Jersey has more than twice as many total infections, Michigan has nearly the same number of deaths, making it an especially deadly emergency.

Specifically, Wayne County, which encompasses Detroit, has about half of Michigan’s confirmed cases and deaths.

While it’s impossible to know the exact cause of the state’s crisis, two factors stand out: international travel and a Joe Biden political rally on March 10.

Detroit is the traditional home of the American auto industry, and as such it hosts visitors from around the world. Liberty Headlines reviewed flight patterns from Detroit Metropolitan Airport, a major international hub for the Upper Midwest, and found direct flights to Seoul, South Korea, as well as the Chinese cities of Beijing, Lanzhou, Hong Kong and Wuhan. 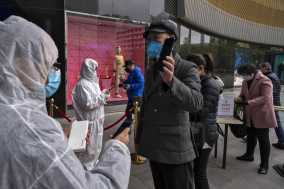 In this photo released by Xinhua News Agency, workers wearing protective suits check customers’ health QR codes at the entrance of a re-opened shopping mall in in Wuhan in central China’s Hubei province/Xinhua via AP)

Wuhan is the capital city of Central China’s Hubei province where the coronavirus outbreak began and then spread worldwide due to the Chinese Communist Party’s mismanagement, lies and corruption. Seoul is another Asian city where the super virus exploded, though mass infections seem to be under control.

When the prospects of a pandemic first materialized, President Trump swiftly issued air travel restrictions on non-U.S. citizens trying to enter the United States from China. Trump was accused of racism and xenophobia by elements of the news media and his political opponents, including from Biden.

If air travel was the first level of virus transmission from China to other parts of the world, then mass gatherings are the second level of localized transmission.

Like Michigan, Louisiana appears to be another outlier state for a Wuhan virus outbreak. The reason for the Louisiana’s pandemic crisis is widely attributed to allowing Mardi Gras — a mass gathering of people — to occur as scheduled. Two weeks later there was a massive spike in confirmed coronavirus cases.

By that time, however, Biden was holding a rally in Detroit on March 9 — nearly six weeks after Trump’s first travel ban and while Louisiana was under siege.

The rally was at a Detroit gymnasium stuffed with 2,000 people and occurred the night before the state’s Democratic primary election. Fights occurred in the packed conditions and a senior Biden aide was knocked down, reported Politico.

Similar to Louisiana, about 13 days later Michigan coronavirus cases were through the roof. Neighboring Ohio had only a third of Michigan’s virus count at the time despite 2 million more people.

By March 9, there was already abundant cause for concern but Gov. Whitmer and Detroit Mayor Duggan — who have both endorsed Joe Biden for president — ignored alarming health warnings. Now, they’re blaming Trump.

Whitmer, who delivered a rebuttal to Trump’s February State of the Union address, was caught lying about the Trump administration’s emergency response to Michigan’s health crisis.

“What I’ve gotten back is that vendors with whom we’ve procured contracts — they’re being told not to send stuff to Michigan,” Whitmer told reporters, suggesting that the president was personally withholding critical aid.

“The White House is affecting shipments of medical supplies to Michigan amid exponential growth in confirmed coronavirus cases,” she said.

Trump responded: “Your governor of Michigan, I mean, she’s not stepping up. I don’t know if she knows what’s going on, but all she does is sit there and blame the federal government. She doesn’t get it done. And we send her a lot.”

He also called her “Gretchen ‘Half’ Whitmer.”

When CNN pressed about which vendors the Trump administration interfered with, and what medical supplies the administration withheld, Whitmer wouldn’t — or couldn’t — say. Instead, she said she “was told” that was happening. 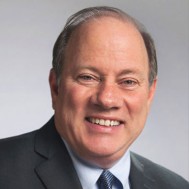 For his part, Mayor Duggan, who was the president and CEO of the Detroit Medical Center from 2004–2012, blamed Trump for a shortage of coronavirus tests. Strangely, Duggan is coupling his criticism of Trump with a clemency movement for disgraced former Detroit mayor Kwame Kilpatrick who’s currently serving a 28-year prison sentence for using his office to conduct a criminal racket involving extortion, bribery, conspiracy and fraud.

Beyond the political blame game, Michigan hospitals lack supplies and are dealing with shortages of vital equipment, like lifesaving breathing ventilators.

“We still need more,” Gov. Whitmer said during a press briefing on Monday after the Trump administration delivered 400 ventilators.

The state reportedly has 1,700 of the breathing devices but may need 10,000. This puts Michigan in direct competition with New York, New Jersey and California, as well as many other states that are also in short supply.

But the lack of ventilators and medical supplies is a failure of state leadership.

Although influenza is presented as a catch-all virus, it’s a generalization that extends beyond the seasonal flu and includes “avian flu,” “novel influenza,” and any other contagious virus that could become a pandemic, like the Wuhan coronavirus.

One of the prominent MDHH links is a report called, “Preparing for an Influenza Pandemic: A Primer for Governors and Senior State Officials.” The report contains many examples of what Gov. Whitmer seems to be learning for the first time.

A section titled, “Medical response capability in a pandemic will be limited, strained, and potentially depleted,” expressly cites a shortage breathing ventilators as a major concern.

“Medical treatment also will be limited by lack of equipment—such as ventilators—and more importantly by lack of trained personnel to operate the equipment,” the report says, adding that state leadership should “focus on curbing the spread of the disease through actions like restricting public gatherings, limiting travel, closing schools, and stressing personal hygiene.”

Restricting public gatherings obviously didn’t happen, as evidenced by the Democratic rally in Detroit as the pandemic was well-underway.

Tragically, neither Whitmer nor Mayor Duggan heeded easy-to-find pandemic information from the state’s Department of Health and Human Services.

What’s more, Whitmer, Duggan, Rep. Rashida Tlaib, D-Mich., (who represents Detroit), and the late Rep. John Dingell, D-Mich., who represented Detroit suburbs for a record 59 years in Congress, as well as former Gov. Rick Snyder — a Republican — all failed to heed a key contingency in the state health department’s report: “stockpile[ing] equipment and supplies which may be in short supply.”