‘This is not what the former governor was proposing…’ 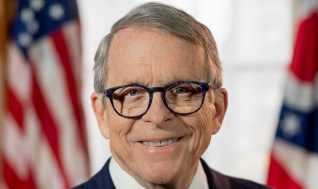 (Joshua Paladino, Liberty Headlines)  Ohio Gov. Mike DeWine, a Republican, is towing a dangerous line after the Dayton massacre: he wants to champion gun control legislation, but he needs to distance himself from the unpopular proposals of former Ohio Gov. John Kasich.

DeWine and his Lt. Gov. Jon Husted said they have ideas for gun control legislation that would protect due process rights and leave the Second Amendment as unharmed as possible, Cleveland.com.

Ohio’s Republican-controlled House and Senate, combined with the force of gun rights advocates, will ensure that legislation similar to Kasich’s would be “dead on arrival.”

Despite distancing themselves from the former governor, Kasich said his gun control proposal “plowed the ground” for DeWine’s initiative. This apparently put fear in the staunchly pro-gun Ohio Republicans.

“This is not what the former governor was proposing,” Husted said Thursday in Dayton. “That’s important, because if it was, it would be dead on arrival in the legislature.”

The first problem DeWine and Husted face is that the phrase “red-flag law” has become red meat for conservatives. To gun supporters, red flag means a presumption of guilt for gun owners and the end of due process.

A red-flag gun law would allow an individual to report someone considered to be a danger to themselves or others, and with a court’s approval the police would seize the person’s guns.

“Just the term ‘red flag’ is like waving a red cape in front of a bull with these folks,” Husted said. “What ‘red flag’ means to them is, my neighbor can call the police and say I’m a threat, and then the police can come and take my guns. That’s what it means when they hear it, because that’s essentially what the bill that John Kasich offered would have done.”

“And so if we’re ever going to get something done, it’s important for everybody to know that’s not what this is,” Husted added.

The safety protection orders would initiate a public hearing within three days to determine whether the person poses a threat.

Kasich’s plan included a provision that the hearing could be postponed for “good cause.”

DeWine’s proposal would require a second hearing two weeks later. The government would have to meet a higher standard of proof–clear and convincing evidence–in order to trigger a six-month weapon seizure and a mental health assessment.

DeWine and Husted encouraged gun advocates to back the plan, warning that if conservative Republicans do not pass a red flag law and expanded background checks, then a ballot initiative could lead to laws that infringe due process and Second Amendment rights.

“Eventually it’s going to pass, but it may happen in a way you don’t like,” Husted said Thursday. “So we should do it in a way that we can live with. I’ve had many private conversations with voices in the Second Amendment community on that issue, and I’ve said it’s not leadership to just wait and see what happens. I think it’s leadership if we engage in the conversation and try to draft something that’s satisfactory to those who may otherwise be opposed.”