(Daily Signal) Defense Secretary James Mattis has granted the request of top military brass to postpone the Obama-era policy of admitting openly transgender individuals to the armed services until Jan. 1, but a delay is only the first step to blocking the policy, opponents said. 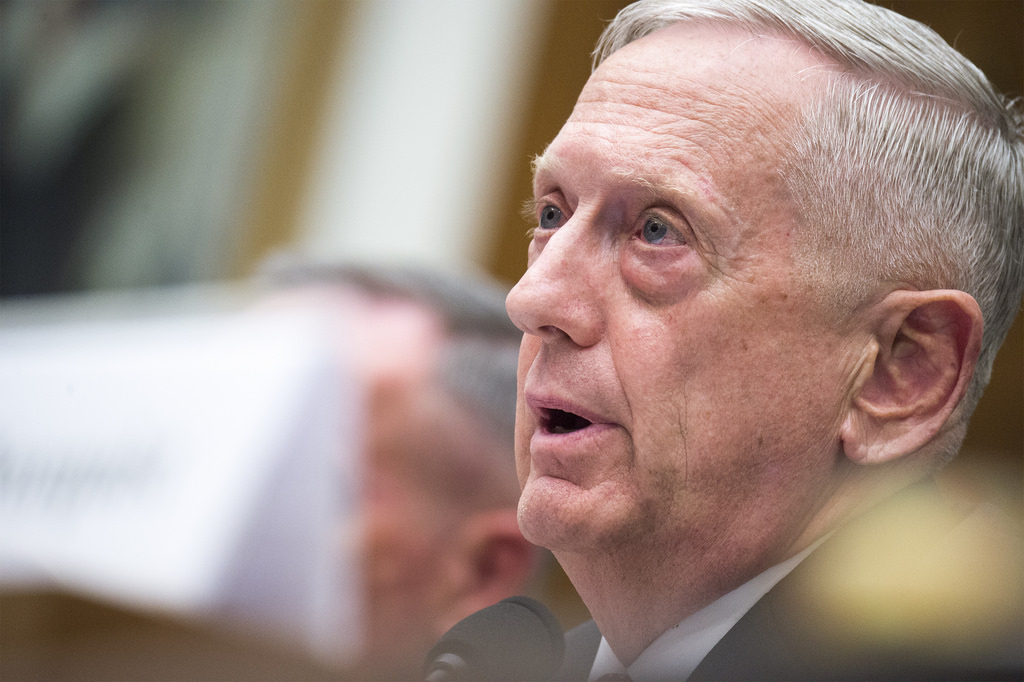 That’s because LGBT activists and the RAND Corp. have been scripting implementation plans from day one, and they are still there, said Elaine Donnelly, president of the Center for Military Readiness, a conservative pro-defense group.

“Everyone should realize that we have a lot of work to do,” Donnelly told The Daily Signal, referring to opposing the agenda set by activists for lesbian, gay, bisexual, and transgender Americans.

“Forget six months: We have only four months, at best, to turn this around. Time to start the engines,” she added.

A RAND Corp. study determined that 2,500 service members and another 1,500 in the reserves were transgender.

–Infringements on personal privacy in conditions of forced intimacy.

–Demoralizing pressures on military commanders, doctors, and nurses to approve, participate in, or perform procedures that violate medical ethics or sincerely held personal or religious convictions.

Mattis made the correct move, said Ryan T. Anderson, a senior research fellow in the DeVos Center for Religion and Civil Society at The Heritage Foundation.

“The Obama administration in its last days rushed to impose a politically driven agenda on the entire military,” Anderson told The Daily Signal. “Secretary of Defense Mattis is correct to hit the pause button, to take the time to get this policy correct, maintain military effectiveness, and respect the dignity of all people involved.”

LGBT groups weren’t happy with the Defense Department decision, but expressed some confidence the transgender policy eventually would be implemented.

“Transgender service members have been serving, openly and authentically, since October 2016 with no impact on readiness,” Matt Thorn, executive director for OutServe-Servicemembers Legal Defense Network, a Washington-based advocacy group for LGBT individuals in the military, said in a prepared statement.

It is time to fully lift the ban on transgender service by enacting this final piece and implementing the accessions policy. This delay is a disservice to the transgender community and to our military as a whole. While we cannot now avoid this six-month delay, we expect the full and unequivocal implementation of this accessions policy for transgender individuals at the end of these six months.

Stephen Peters, spokesman for the Human Rights Campaign, an influential LGBT organization, said in a statement: “Each day that passes without the policy in place restricts the armed forces’ ability to recruit the best and the brightest, regardless of gender identity.”

During a June 28 hearing of the House Armed Services Committee, Rep. Vicky Hartzler, R-Mo., called for Congress to strike the policy because of the cost to readiness.

The surgeries would cost the military an estimated $1.35 billion over the next decade, Hartzler said. Among the items the funds could be used for are 13 F-35s, 14 Super Hornet F-18s, or two B-21 Long Strike Bombers, she said.

“By recruiting and allowing transgender individuals to serve openly in our military, we are subjecting taxpayers to high medical costs, including an average of $130,000 per transition surgery, lifetime hormone treatments, and potential additional surgeries to address the average 25 percent of individuals who experience complications in addition to possible mental health issues and cost of training policies,” Hartzler said during the hearing.

A Rasmussen poll released Friday found that 23 percent of likely voters support allowing openly transgender individuals to serve in the military. Another 31 percent said it’s bad for the military, while 38 percent said it would have no impact.

In a memo announcing the decision released Friday evening, Mattis said the delay “in no way presupposes an outcome.”

“Since becoming the secretary of defense, I have emphasized that the Department of Defense must measure each policy decision against one critical standard: Will the decision affect the readiness and lethality of the force?” Mattis said in the memo, adding:

Put another way, how will the decision affect the ability of America’s military to defend the nation? It is against this standard that I provide the following guidance on the way forward in accessing transgender individuals into the military services.

If the Obama administration policy is fully implemented, the cost to readiness, recruitment, retention, morale, and cohesion will be even greater than the monetary costs, said retired Lt. Gen. William “Jerry” Boykin, a former Army Delta Force commander.

Boykin cited a report that the military is getting machinery parts from museums because of budget constraints.

“The military has been reduced to stripping parts from museums, which is why it makes no sense to spend more than a billion taxpayer dollars on new body parts for anyone who joins the military and identifies as transgender,” Boykin, now an executive vice president at the Family Research Council, said in a formal statement.

“After lost deployment and other costs are factored in, taxpayers could be on the hook for as much as $3.7 billion over the next 10 years. Spending billions of dollars on transgender surgeries and treatment plans, when the military has other priorities that would actually ensure its effectiveness in war, is irresponsible.”

Republished with permission from The Daily Signal via iCopyright license