(Griffin Connolly, CQ-Roll Call) House Democrats would gladly collect and listen to new information from President Donald Trump’s former personal attorney, Michael Cohen, who told lawmakers in a memo Thursday that he can provide new evidence to support his claims that the president has committed multiple crimes while in office.

But Cohen’s last-ditch plea for lawmakers to help him reduce and delay his three-year prison term to accommodate that new testimony and evidence will likely fall on deaf ears, a senior Democratic member of the House Committee on Oversight and Reform told Roll Call Friday.

“I think there’d be real reluctance — at least at first blush — to interfere with the judicial process,” said Rep. Gerry Connolly, one of the longest-serving members on the Oversight panel that held a blockbuster public hearing with Cohen in February.

“If he wants to come forward with materials, that’s his decision — but it would be without any strings attached,” Connolly said. “I don’t think we can or would get involved in that judicial process. That’s not our role.”

The Virginia Democrat said he hadn’t yet spoken with Chairman Elijah Cummings or other members of the Oversight Committee about the memo, first reported by BuzzFeed News, Cohen and his lawyers sent to top House Democrats describing a previously confiscated hard drive with 10 years of data, documents and emails that they say would help Democrats confirm the veracity of Cohen’s allegations of crimes committed by Trump, his adult children, and other members of his inner circle.

Neither Cummings’ office nor the office of House Intelligence Committee Chairman Adam Schiff could immediately be reached on Friday to comment on Democrats’ strategy for the road ahead with regard to the ex-Trump lawyer.

Cohen was sentenced to three years in prison earlier this year for lying to Congress and a host of charges related to financial fraud. He is scheduled to begin his prison term on May 6.

Connolly explained Friday that Cohen appeared before the Oversight Committee “voluntarily” in February, even after he had been convicted and sentenced for lying to the House Intelligence Committee in 2017 about the timeline of negotiations for a Trump Tower in Moscow during the 2016 campaign.

In a letter attached to the memo Cohen’s lawyers sent to Democratic leaders on Thursday, his attorneys indicated that the offer of the new information was part of an effort to reduce Cohen’s sentence.

“We are writing this letter in the hope that you will support Mr. Cohen’s value as a cooperating witness and the need for him to be readily accessible,” Cohen’s attorneys wrote.

“It is our hope that the authorities in the Southern District of New York will consider this total picture of cooperation by Mr. Cohen … to grant Mr. Cohen a reduced term,” they wrote. 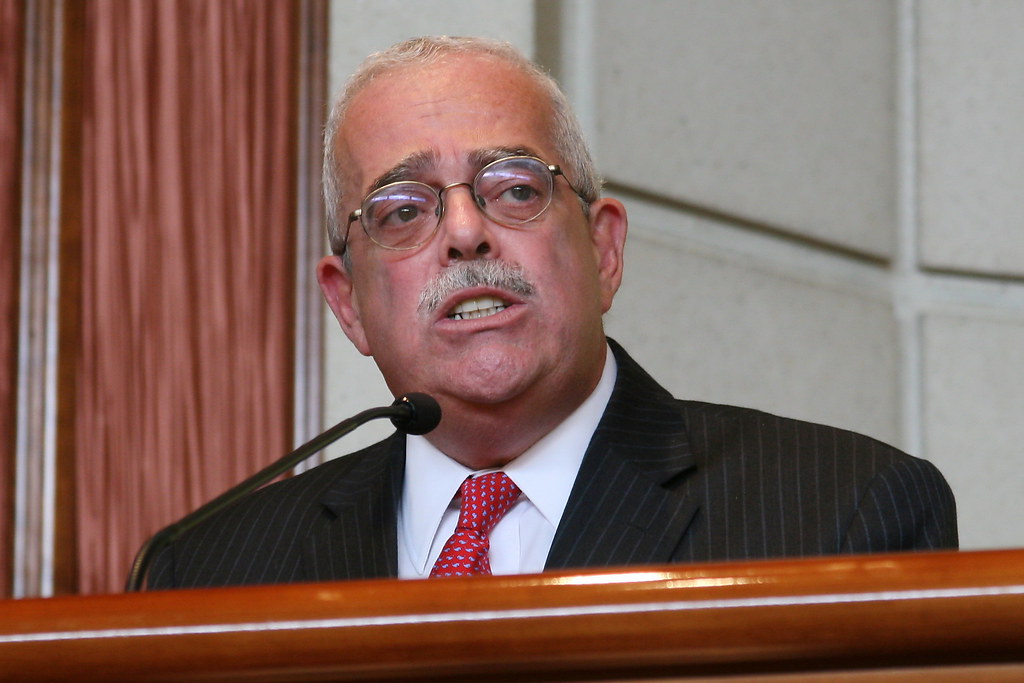 Connolly said that he understands why Cohen wants to limit his time in prison, but added that the former Trump lawyer could not rely on House Democrats to put in a good word for him.

“There can’t be any implied or explicit quid pro quo about his testimony. We’re not prosecutors — we don’t negotiate that,” Connolly said.

The cache of data and evidence that Cohen’s lawyers promised in the memo to Democrats Thursday night is immense — and only recently came back into Cohen’s possession after it was released to him by federal prosecutors who seized it last year.

He did not have access to the evidence when he met with the Oversight and Intelligence Committees in February and March, one of his lawyers, Lanny Davis, told BuzzFeed.

Cohen “was only recently able to access a hard drive with important documents,” according to the letter from his attorneys attached to the memo. That hard drive “contains over 14 million files, which consist of all emails, voice recordings, images, and attachments from Mr. Cohen’s computers and phones,” his lawyers wrote.

Cohen has told federal prosecutors and members of Congress that Trump suborned him to commit perjury regarding the timeline of negotiations for a Trump Tower in Moscow.

Trump “knew of and directed” negotiations for the project in Moscow “throughout the campaign and lied about it,” according to the memo from Thursday.

At his Oversight Committee hearing in February, Cohen provided documents that he said shows Trump committed crimes while in office. Cohen showed the panel financial statements that he says Trump exaggerated in attempts to secure bank loans to buy the Buffalo Bills NFL franchise. He also provided the committee a copy of a check Cohen says Trump signed to reimburse him for illegally buying the silence of one of the president’s former mistresses, pornographic actress Stormy Daniels, to help Trump’s chances in the 2016 presidential election.

Republicans on the Oversight Committee have painted Cohen as a scheming liar desperate to avoid jail time.

“This latest Michael Cohen request should end any debate about his motive,” Rep. Mark Meadows tweeted Thursday about the memo.

“This guy wants to get out of prison. And he’ll say or do anything to make it happen,” the North Carolina Republican wrote of Cohen.

Meadows, one of Trump’s closest allies in Congress, is the chairman of the conservative House Freedom Caucus founded by GOP Rep. Jim Jordan of Ohio, the top Republican on the Oversight Committee.

“We’re skeptical of anything Michael Cohen says because of his repeated lies to congress,” a Republican Oversight Committee aide said.

Jordan and Meadows have previously raised concerns to Cummings that Cohen committed perjury — again — when he testified in February that he never sought a pardon from the White House.

Cohen’s lawyer clarified to Cummings in a letter in March that Cohen did not seek a pardon from Trump after he had left a joint defense agreement with the president last June.

Cummings accepted the clarification and said in a statement at the time that he did not “see the need for further action (on the GOP’s perjury accusation) — at least at this time.”