HOYER: ‘There’s no issue about socialism, that we want to leave the free market capitalist system…’ 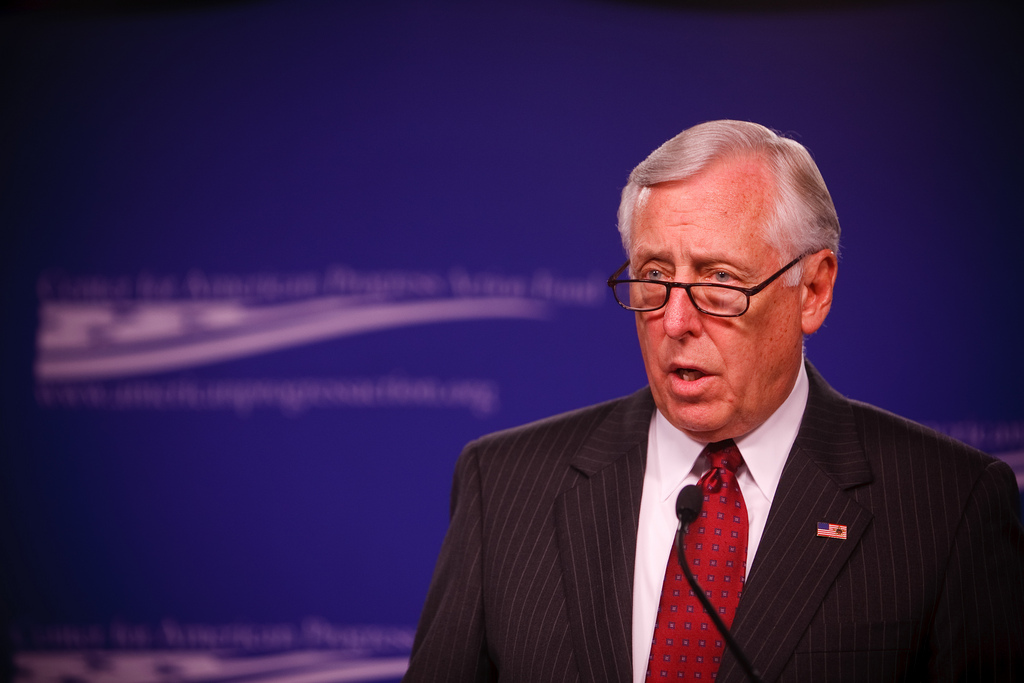 (Lindsey McPherson, CQ-Roll Call) President Donald Trump used his State of the Union address to denounce the progression of outright and explicit socialism in the Democratic Party, which prompted groans and grimaces from some Democrats.

“We are alarmed by the new calls to adopt socialism in our country,” Trump said. “America was founded on liberty and independence, and not government coercion, domination and control. We are born free and we will stay free. Tonight, we renew our resolve that America will never be a socialist country.”

While some Democrats stood to applaud the last line pledging the U.S. will never become a socialist country — including a handful of Democrats running for president in 2020 — most of the party reacted with dismay that Trump went there.

Some were shown on the C-SPAN cameras scowling.

“It was such a demagoguing approach that the scowling was, ‘Mr. President, get real,’” House Majority Leader Steny H. Hoyer said Wednesday.

“There’s no issue about socialism, that we want to leave the free market capitalist system. I don’t think that’s an issue in the Congress,” the Maryland Democrat added, dismissing the remarks as Trump trying to rile his base, “Sean Hannity, Ann Coulter et al.”

Hoyer dismissed much of Trump’s State of the Union address in that way.

“It was a campaign rally for the most part,” he said.

Hoyer ignored the fact that the brightest new shining star in his party, Rep. Alexandria Ocasio-Cortez of New York, is a self-described socialist. She has advocated, as one example, for a socialist “Green New Deal” energy policy that aims to eliminate fossil fuels. Many of her Democrat colleagues have endorsed the plan.

Also, self-described socialist Bernie Sanders was widely embraced by grassroots Democrats as a presidential candidate in 2016, and may have won the party’s nomination had it not been rigged in favor of Hillary Clinton with so-called “superdelegates.”

“The World War II veteran in his nineties got up more times to applaud than a lot of those Democrats when he was talking about the greatness of this country and rejecting socialism,” House Minority Whip Steve Scalise, R-La., said on Fox News after speech. “That’s how far to the left they’ve moved.”

The next morning Scalise and House Minority Leader Kevin McCarthy, R-Calif., of California doubled down on that attack line during a Republican leadership news conference.

“One of the strongest-made statements (Trump) made was for those World War II vets, who fought for our freedoms — that we will not have socialism in America. He will stand up against it,” McCarthy said.

With Republicans illustrating why the Democrats are acting like socialists, it has forced them to have to answer questions about it and explain why they are not.

“We as House Democrats support what I would term ‘compassionate capitalism’ that is based on an emphasis of the well being of working families, middle-class folks, senior citizens, the poor, the sick and the afflicted,” the New York Democrat added. “Donald Trump apparently supports crony capitalism.”