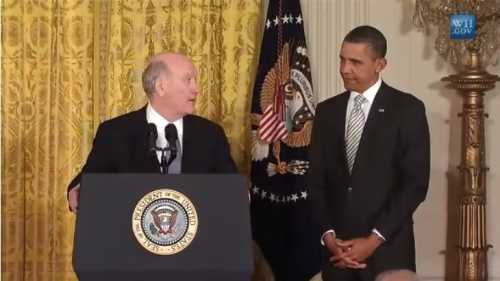 However, Daley, whose brother and father both fronted the storied ‘Daley Machine’ of Democratic politics in the Windy City, could have a bigger mess on his hands this time.

As Emanuel steps aside, amid a crime and violence epidemic that left law enforcement feeling helpless and turned constituents sharply against him,  Daley’s campaign said on Friday that he plans to announce his candidacy for the mayor post on Monday.

Daley would mark the first big-name candidate to officially jump in the race since Emanuel made the stunning announcement earlier this month that he would not seek a third term. He succeeded Emanuel as then-President Barack Obama’s White House chief of staff after Emanuel left the job to run for mayor in 2010. He was the commerce secretary from 1997 to 2000 under Bill Clinton.

Daley’s bloodline in Chicago politics runs deep. His father, Richard J. Daley, was mayor for 21 years until his death in 1976, and brother, Richard M. Daley, was the city’s longest serving mayor until he decided not to seek another term before the 2011 election that Emanuel won.

Daley has flirted with running for a high-profile office before, including 2002 and 2010 bids for governor, but never moved forward. In 2013, he briefly entered the Democratic primary contest for governor, but then abruptly dropped out saying a bid “wasn’t the best thing for me” and vowed never to seek public office again. Now at 70 years old, Daley will have to explain what’s changed.

His surname also might not carry the same clout as it used to. Daley could get tagged for his brother’s financial mismanagement of the city and his father’s role in Chicago becoming a deeply segregated city, as well as some of the corruption that is associated with their administrations.

Daley worked as a finance banker with Morgan Stanley before resigning earlier this year to take a position at Goldman Sachs leading the firm’s Midwest and Mid-Atlantic regions.