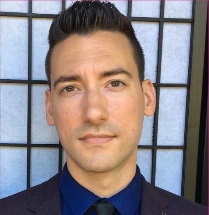 (Lionel Parrott, Liberty Headlines) Anti-abortion activist David Daleiden will speak at a pro-life conference on Sept. 8 in Berkeley, California, according to a press release from the Center for Medical Progress.

Daleiden, who founded the Irvine-based CMP in 2013, rose to national prominence when he released videos of employees of pro-abortion group Planned Parenthood discussing fees for human fetal tissue.

He subsequently was fined $200,000 for defying a court-ordered injunction placed on the publication of the videos.

Daleiden will address the inaugural conference of Pro-Life San Francisco, a new organization of young professionals who are “bringing an innovative and pioneering pro-life message into the cultural heartbeat of California and making this state–the capital of the abortion industry–listen and take notice,” according to the CMP press release.

The fledgling Bay-area group probably will need all the support it can get during the conference.

The University of California Berkeley, once considered the birthplace of the free-speech movement in the United States, has shown violent opposition to hosting conservative speakers in recent years.

Ann Coulter filed suit against the university in April 2017 after it attempted to suppress a speech of hers, citing security concerns.

A few months earlier, students had rioted in response to a planned visit from former Breitbart editor Milo Yiannopoulos.

Pro-Life San Francisco promises the conference will be a place where attendants will be “inspired, connected, and equipped to talk about the controversial topic of abortion, help pregnant people who need help, strengthen our pro-life communities, and promote the values of equality, non-violence and non-discrimination for all Californians.”

During the conference, there will also be a pro-life film festival featuring the yet-unreleased film “Gosnell: America’s Biggest Serial Killer.”

No word if leftist activists in the Berkeley area have plans to shut it down.

Those interested in the event may register at https://www.prolifesf.com/events. Early bird pricing ($45 for adults; $25 for students and those ages 12-18) ends on Friday, Aug. 17.