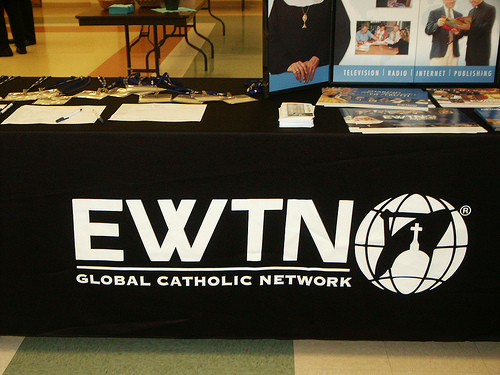 (Kaylee McGhee, Liberty Headlines) A federal court upheld the world’s largest religious media network’s beliefs, ruling that the Catholic network does not have to provide services, like the week-after pill, in its healthcare plan.

Under the Obama administration, the U.S. Department of Health and Human Services forced Christian organizations to provide abortive services to their employees.

The U.S. Court of Appeals for the 11th circuit issued an order that reversed the contraceptive mandate.

Now, EWTN does not have to provide contraception, sterilization, or abortifacients in its health care plan.

“This moment has been a long time coming,” EWTN Chairman and Chief Executive Officer Michael P. Warsaw said, according to the Catholic News Agency. “Almost seven years and two presidential administrations later, the government and the courts have now realized what EWTN has been saying all along, that the HHS mandate was an unconstitutional attempt to coerce us into violating our strongly held beliefs. This is the right outcome for EWTN and for all those who value religious liberty in America.”

“It shouldn’t take years to prove the obvious: you can’t tell a religious media network to say one thing and do another” Warsaw added. “We are grateful that—finally—EWTN no longer has to worry about being forced to choose between massive fines and following our faith.”

The Trump administration has ensured that a religious exemption be provided for non-profits and religious groups that don’t want to violate their faith.

The Obama HHS, however, tried to force religious groups to cooperate.

“EWTN lives by its Catholic faith all day every day, expressing its beliefs worldwide in TV, radio, and print,” Lori Windham, senior counsel at Becket, which represented EWTN, said in a statement. “We are glad that the government and the courts agree that it can continue doing that without being forced to violate its faith.”