Immigration activists “occupy” Georgia’s Board of Regents to protest its refusal to admit illegal DACA residents. / IMAGE: Freedom U. Georgia

The Immigration Reform Law Institute filed a friend-of-the-court brief in the case, Estrada v. Becker, and argued that the Obama administration’s policy did not give DACA recipients lawful presence in the United States.

The Eleventh Circuit Court of Appeals agreed with this argument.

In its decision, the court described DACA recipients as “inadmissible and thus removable.” The court said that the Obama administration’s policy instead “reprieved” DACA recipients from immediate deportation and “encouraged” immigration authorities to “exercise prosecutorial discretion and focus on higher-priority cases,” such as criminals.

The Obama administration used executive discretion in determining who to prioritize for deportation, but it did not have the legal authority to determine who was eligible for deportation.

“On many fronts, open borders legal groups have been using DACA recipients to try to blur the distinctions between citizen and noncitizen and between legal aliens and illegal aliens,” said Dale L. Wilcox, executive director and general counsel of IRLI, in a press release.

“In blurring those distinctions, they blur the very border of our country, and begin rubbing out the notion that the United States is fully a sovereign nation,” Wilcox said. “Today’s decision is a major check on that effort, and I expect it will reverberate across the national legal landscape.”

The case involved several DACA recipients who sued Georgia’s higher-education system under the Equal Protection Clause of the U.S. Constitution.

The students said Georgia would not allow them to attend the state’s colleges and universities because they are not “lawfully present” in the country. The students were eligible for admission to the colleges on all other grounds except their immigration status.

The plaintiffs argued that federal law defined their status as “lawfully present,” which would override Georgia’s state law. They added that Georgia admits to its universities other lawfully present non-citizens, such as refugees.

The Eleventh Circuit ruled that their status as lawfully present has to come from the Immigration and Nationality Act, not from an executive order signed by Obama.

The court also struck down their claim that Georgia violated the Equal Protection Clause. The court said Georgia’s decision not to admit illegal aliens is “rationally related to a legitimate state interest” and therefore permissible.

The Eleventh Circuit’s decision did not rule on the constitutionality of DACA, which faces a precarious future. 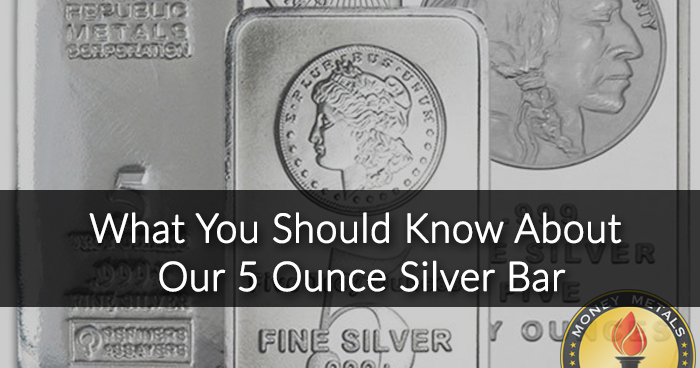 The 5 oz fine silver bar can be efficiently stacked to preserve storage space offered by MMX.

President Donald Trump tried to end the program after taking office, but courts pushed back against him. Last year, the liberal 9th Circuit Court of Appeals ruled that he could not end the program.

Conversely, Trump also weighed extending the DACA residents’ reprieve for a time during negotiations over the funding of the southern border wall; however, Democrats scoffed at the idea.

On Wednesday, an illegal alien “Dreamer” testified before the House Judiciary Committee and stated that DACA is unconstitutional, the Washington Examiner reported.

“I believe what former President Obama did was the right thing to do but the wrong way to do it, which is why I believe DACA is unconstitutional and why President Trump has every right to get rid of it,” Hilario Yanez, a Mexican immigrant, said. “The best way then and today is action by Congress.”