‘Having an opinion on this for the public record isn’t beneficial….’

AFP/An abortion rights demonstrator stands outside the Georgia Capitol in Atlanta on May 16, 2019 to protest a life-saving law protecting the pre-born in neighboring Alabama

(AFP) Some subjects are just too sensitive for corporate America.

When it comes to the new laws to protect the innocent unborn passed recently by some conservative states, the country’s biggest companies have been conspicuously silent.

There have been no public condemnations or outraged statements, no investment bans, no calls for boycotts.

When corporate America ponders abortion — an intensely personal matter that evokes furious public debate — it sees only a lose-lose proposition.

Contacted by AFP for their views on the issue, roughly a dozen big American enterprises — from high tech and telecommunications giants to leaders in banking, sports, entertainment and distribution — offered no opinion or failed to respond.

And yet many of the same companies, under pressure on social media from liberal activists, have responded promptly to some of America’s most sensitive social flash points, from immigration to racism to gun violence and even the “restroom law” passed by North Carolina in 2016 to limit the bathroom choices of transgender people.

Some companies have suspended ad campaigns on hugely popular TV series amid the #MeToo movement to protest alleged sexual offenses by actors and celebrities.

But asked about the contrasting approaches, a spokesperson for one of the country’s most influential CEOs replied simply, “This issue is different.”

Offending half the public 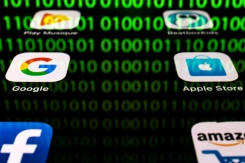 AFP/Several of the biggest US corporations have been leery of taking a position on abortion, one of the most sensitive — and divisive — issues in the country

“You struggle to find a more fundamentally controversial issue,” said the CEO of a prominent public relations firm, speaking anonymously to avoid offending employees, clients or partners. “Having an opinion on this for the public record isn’t beneficial.”

Abortion is one of “the issues that have the ability to polarize your audience,” said Melissa Dodd, professor of public relations at the University of Central Florida.

Hank Boyd, who teaches marketing at the University of Maryland, noted that while “Democrats tend to be more pro-choice… even within the ranks of Democrats about a quarter of them are pro-life.”

Conversely, about a quarter of Republicans believe in a woman’s right to choose.

“And if you go to independents, it is almost split right down the middle.”

Given that deep divide, Boyd added, it is not surprising if business leaders tell themselves, “I don’t want to offend half of my base.” 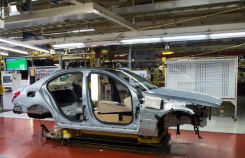 AFP/Daimler, parent company of Mercedes-Benz, has major investments in Alabama, including at this factory in the city of Vance, making it reluctant to comment on the sensitive question of abortion

Reinflaming the decades-old debate, Republicans in Alabama and other conservative states launched a major offensive on abortion rights in the past week.

Among the most draconian is the new Alabama law imposing a near-total ban on abortion, even when pregnancy results from rape or incest.

It has drawn criticism even from some Republicans — but scarcely a word from corporate America.

“We don’t have a comment,” a spokesman for Daimler, the parent company of Mercedes-Benz, told AFP.

The German automaker has two factories in the rural Southern state, which is favored by big companies because of its low labor costs and “right-to-work” laws seen as hostile to unions.

Of Apple, IBM, JPMorgan Chase, American Airlines, Amazon, Cisco and AT&T — not one would provide a comment to AFP.

Nor would Facebook or Google, which are investing, respectively, $750 million and $600 million to build huge data centers in Alabama.

To do good or to do well 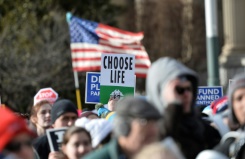 AFP/Anti-abortion protesters march in an annual rally in Washington on January 27, 2017

“What’s going to happen to the demand for my product on the consumer side (if) I alienate half of my base,” Boyd asked, putting himself in the shoes of a business executive.

But Dodd said pressure on big corporations from socially aware millennials (aged 17 to 34) will only continue to grow.

“A higher percentage of these millennials, who are going to become the majority of the workforce… have said that the purpose of a business is not to make money but to do good for society,” she said.

But both Dodd and Boyd emphasized there are subtler ways corporations can weigh in on abortion without incurring the wrath of customers: they can cover abortion costs in their employee health plans, for example, or they can donate to abortion providers like Planned Parenthood.

“There’s a way to hold close to your values without necessarily being the face of the issue,” Dodd said.

A 2018 survey by the Harris Institute, conducted for the pro-choice organization NARAL, found that 60 percent of employees would give preference to brands that reimbursed their workers for the costs of family planning or abortion.

Still, a 2016 study by the Global Strategy Group found that abortion is — by far — the social issue on which people expect the least from companies.

While more than 70 percent of those surveyed expect companies to take a stance on racism, fewer than 40 percent have the same expectation about abortion.