‘Censorship on social media is no longer a hypothetical; it’s reality. So too is the evidence that this censorship is pointing to a massive conservative exodus…’ 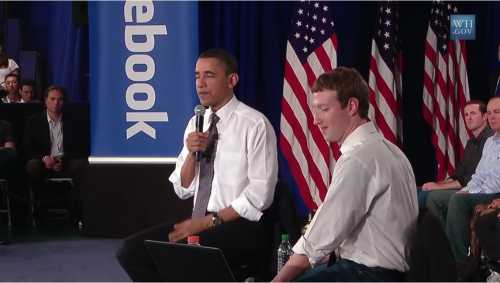 (Kaylee McGhee, Liberty Headlines) Two-thirds of conservatives believe social media companies are biased against them, according to a new poll conducted by the Media Research Center.

Self-described conservatives are suspicious of Facebook and other mega social media companies, like Twitter and Google. One-third of conservatives said they’ve considered leaving—or have already left—Facebook because of political censorship, and two-thirds sad they don’t trust social-media platforms and believe they are purposefully silencing conservative voices.

For CEOs like Facebook’s Mark Zuckerberg,  it should be a clear sign that the company is failing to address the concerns of its users, MRC President Brent Bozell said in a statement.

“These trends should set off alarm bells at Facebook headquarters,” Bozell said. “They are bleeding a major customer base.”

Seventeen percent of conservative Facebook users said they trusted Facebook to treat all of its users equally. However, 66.9 percent said they trust Facebook less than they did one year ago.

“The question Facebook and other social media companies need to ask themselves is this: Do you want to be seen as an open platform for all political beliefs or would you rather be considered a left-wing public interest group that censors free speech worldwide?” Bozell said.

“The latter will prove to be unbelievably costly. Censorship on social media is no longer a hypothetical; it’s reality. So too is the evidence that this censorship is pointing to a massive conservative exodus.”

One of Twitter’s most famous clients, President Donald Trump, recently called out social media companies for discriminating against conservative voices, saying that “too many voices” are being “destroyed” on Twitter and Facebook:

….Too many voices are being destroyed, some good & some bad, and that cannot be allowed to happen. Who is making the choices, because I can already tell you that too many mistakes are being made. Let everybody participate, good & bad, and we will all just have to figure it out!