(McClatchy Washington Bureau) In a Capitol riven by partisan divisions, Rep. Carlos Curbelo, a Florida Republican, says he thought it might help matters to work across the aisle with his Democratic Hispanic colleagues. 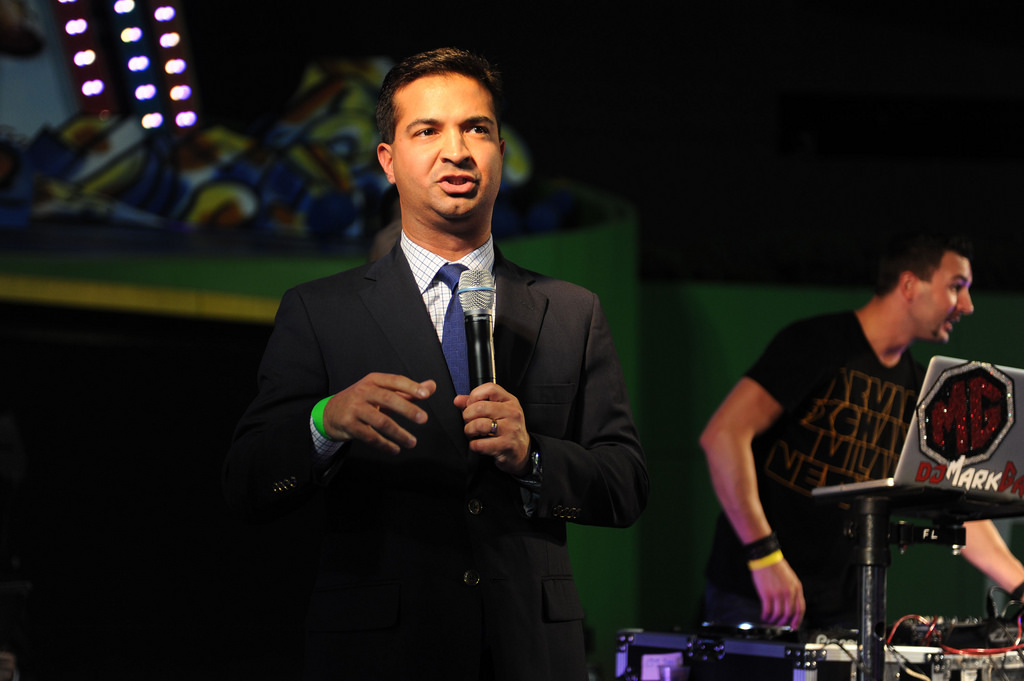 In February, he met with the chairwoman of the Congressional Hispanic Caucus and asked about joining. Eight months later, he’s still waiting for an invitation.

It’s a work in progress, insists caucus chair Rep. Michelle Lujan Grisham, a Democrat from New Mexico, who joked that his request is “moving far faster than anything that ever happens in Congress.” She called it a “good approach” to start with allowing Curbelo to sit on the Congressional Hispanic Caucus Institute, a nonprofit affiliated organization, before expanding the caucus.

“It’s not true that it’s not happening and it’s also not accurate to say that it’s a done deal,” Lujan Grisham said of allowing Curbelo to join. “The caucus really has to have a discussion because we talk about legislative strategy that can sometimes be partisan.”

She called it a “difficult path,” but said conversations are ongoing with the caucus members.

The caucus at one time included members from both parties, but several Republicans from Florida walked out over differences on Cuba policy and formed their own group. That rift still resonates, though it happened before her tenure, Lujan Grisham said, adding that she fears the group could again get bogged down by partisan squabbling.

“I do appreciate he is raising this as an issue and asking that we be more together on the issues we care about,” she said. But she added, “How do you do that in a way that people feel they can be completely honest and transparent?”

The Congressional Black Caucus is open to black lawmakers of any party, as long as they “embrace our values,” said Rep. G.K. Butterfield, a North Carolina Democrat and former chairman of the CBC.

Current members include Rep. Mia Love, a Utah Republican who doesn’t always agree with the caucus’s position but “contributes significantly to our deliberations,” Butterfield said. For example, Love participated enthusiastically as the caucus discussed the status of hurricane relief efforts in the U.S. Virgin Islands at its meeting on Wednesday, Butterfield said.

But he said he empathizes with the Hispanic caucus.

“It’s a very delicate issue because we want to be collegial with our colleagues, but when you’re a caucus you have a special interest and if you don’t subscribe to that interest then you don’t have a seat at the table,” he said.

To accommodate the sometimes partisan nature of its work, Butterfield said the caucus convenes a Democratic session when it wants to talk partisan business. “Republican members understand that,” he said.

Curbelo is a top target for national Democrats eager to take his Democratic-leaning district in south Florida in 2018, but insisted his bid to join the caucus is not politically motivated. He said he waited until after the November election to put in his request, but did so knowing that immigration would be a major issue for Congress under the Trump administration.

“I thought it would be very important for Hispanic Americans to come together and speak with one voice,” Curbelo said. “We’re fighting for a lot of the same things … yet we’re not in the same room, talking strategy, thinking together, figuring out what the best way forward is.”

Curbelo did not support Trump for election and is pushing an alternative plan to keep the undocumented immigrants known as Dreamers in the country. He said Democrats sought to exclude him as recently as Tuesday when he was “deported” from a Senate news conference on the Dream Act. But Democrats noted that Curbelo doesn’t support that version of the legislation.

Republished with permission from McClatchy Washington Bureau via iCopyright license.