‘For all the differences that we had, and there were many in this race, I am equally committed to making sure Cory Gardner is a one-term senator…’ 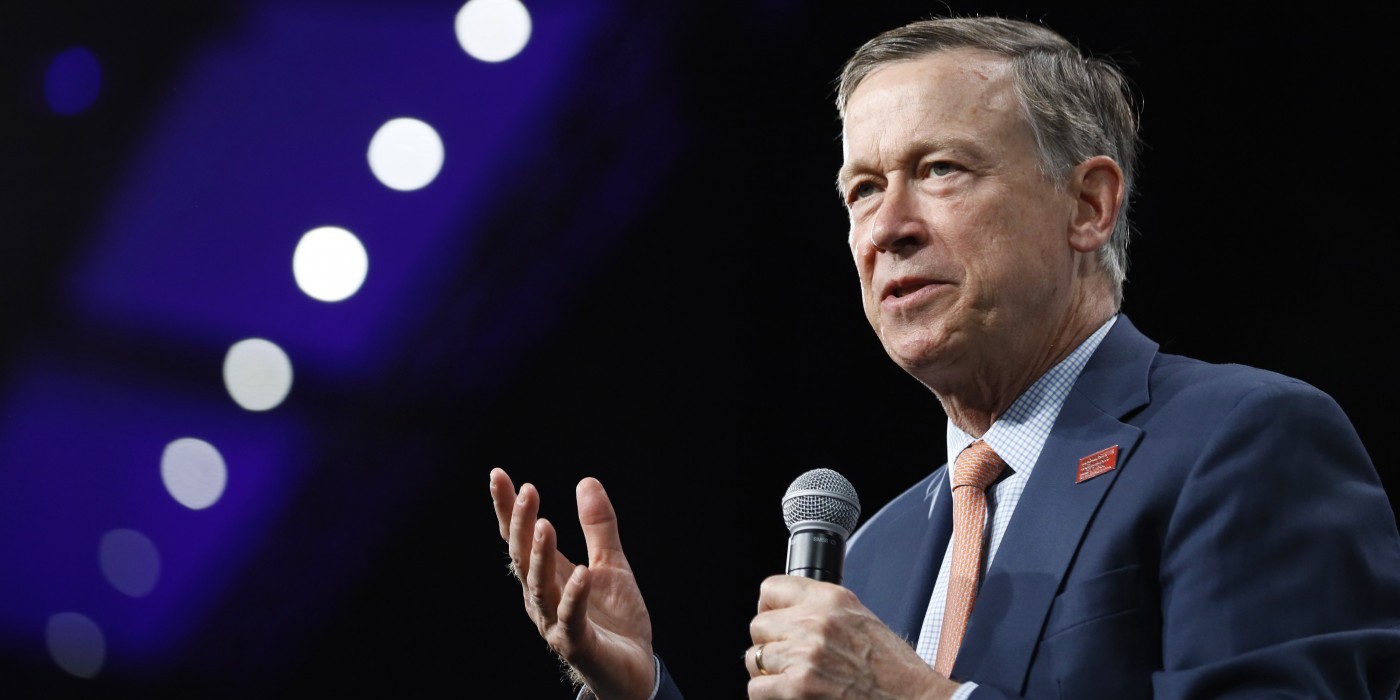 (Liberty Headlines) Former Colorado Gov. John Hickenlooper emerged the victor in Tuesday’s contentious Democratic primary in Colorado, but the once shoo-in candidate seemed far less certain after the brawl with a challenger from the Left wound up sullying him with several recent scandals.

Hickenlooper is now set to face Republican Sen. Cory Gardner in November after overcoming a series of stumbles that included an embarrassing ethics probe—for which he was fined thousands of dollars—and accusations that he had participated in an event that was racist and offensive to Native Americans.

Establishment Democrats had sought to draft Hickenlooper even before he had abandoned his failed presidential bid last August, confident that his familiar brand would be the coup de grace in an effort to oust the vulnerable moderate Gardner.

Flipping the seat has been a key component in the party’s planned pathway to retaking the Senate, where Republicans hang onto a tenuous 53-47 majority.

Romanoff had only recently refashioned himself as a populist, promising a Green New Deal and single-payer health care, as he sought to set himself apart from the better-known Hickenlooper.

He could not overcome the two-term former governor’s immense financial edge—getting out-raised by about 7-to-1.

However, the contested primary reinforced, in some ways, Hickenlooper’s reputation as a gaffe-prone and ethically compromised leader.

Fending off an attack from his new election rival, Gardner called Hickenlooper “the most corrupt governor in the history of Colorado.”

It was a reference to the state ethics commission finding in early June that Hickenlooper violated the state’s ethics law by failing to reimburse for a private plane flight and limousine ride while he was governor.

Hickenlooper had refused to testify during a virtual hearing, insisting on an in-person one, earning a contempt citation from the nonpartisan commission.

The ethics case was part of a miserable final stretch for Hickenlooper in June. Amid the protests over police violence against Black people, Hickenlooper garbled the meaning of the slogan “Black Lives Matter.”

And on the eve of the election, a new attack came from a Native American group that noted his 2018 participation in the “One Shot Antelope Hunt,” which promoted racism and transphobia by encouraging its losing participants to dress in “redface” as Indian “squaws.”

There is no space for racism in politics, @Hickenlooper is not fit to lead.

Throughout the history of colonization, these tropes have been weaponized to subject Indigenous women to sexual violence and dehumanization.#dropoutHickhttps://t.co/nLWUF3Z6xp pic.twitter.com/UNa5UGQz5K

The combination of the scandals was enough to lure Republicans to launch millions of dollars in ads attacking Hickenlooper. Democrats responded with defensive ads, and Romanoff then jumped in and added his own attack ad versus the former governor.

Then, days later, a big-money group that will not disclose its donors launched a $1 million ad campaign slamming Romanoff for spearheading an anti-illegal immigrant bill in 2006. Romanoff has since apologized for the bill.

Despite the political wrangling, there seemed to be no hard feelings as Democrats, desperate to defeat Gardner, quickly commenced circling the wagon.

Romanoff quickly called Hickenlooper to congratulate him on the victory after polls closed Tuesday evening.

“For all the differences that we had, and there were many in this race, I am equally committed to making sure Cory Gardner is a one-term senator,” Romanoff told supporters during a virtual victory party on Zoom.